You are here: Home1 / Eschatology 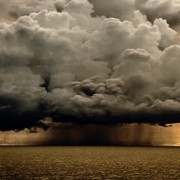 For many Evangelical Baby Boomers the word Millennial is connected to the “End Times.” This is largely due to the fact that one of the hallmarks of American evangelicalism in the last 50 years has been a vivid end times discourse. But in our 21st century American Lexicon, Millennial has a greater connection to the up-and-coming, and now largest Generation in American history than it does Eschatology. Millennials, those born [approximately] between 1980 and 2000 are beginning to come into their own; and as they are, it is creating an interesting dichotomy in the landscape of American Christianity. And the discussion of eschatology is one sphere that is sure to cause a stir.

I came late to the eschatology party. Hal Lindsey’s “The Late Great Planet Earth” came 10 years before I was born. My introduction to the “End Times” came while I was in High School when Tim LaHaye and Jerry Jenkins’ fictional thriller series “Left Behind” hit the scene. In fact I remember very well being introduced to the series while on a family vacation the summer after I graduated from high school. I read the first 3 books in 3 days, which for a dyslexic who just graduated from high school vowing to never read another book, was a near miracle. Admittedly, the whole thing read like fiction, as that’s what “Left Behind” is. But the thought of what it presented actually happening blew my mind. I had been taught during the several years preceding my reading that these sort of things were soon coming to the planet nearest you… i.e. this one.

Before I continue, let me affirm my belief in the rapture of the Church. I absolutely hold a futurist position on Bible Prophecy. I, like virtually all orthodox Christians, look forward with hopeful expectation to the second coming of Christ. But as one who lives on the bridge between GenX and Millennials (decidedly closer in identification to the later) I find that interest in these things, both in myself and among my peers, is not as it is among Boomers. The lack of interest is evidenced by the fact that prophecy conferences and updates are not greatly attended by 20 and 30-something’s. Unfortunately, I’ve encountered a concern among our Baby Boomer brothers, that our lack of interest indicates a departure from the teaching. It doesn’t, not necessarily. In conversations with peers I think there are a number of reasons for this change.

First, there is a concern for what appears to be a hyper-escapist bent in many Christians when discussion of the rapture comes up. The view that seems all to common is one that says, “The world is sinful and getting more evil. America is not as Christian as it once was. Tribulation is coming. I can’t wait for Jesus to come so we can get out of here!” This view also seems to carry with it a glee over the [apparent] worsing conditions in the world, as these somehow hasten the “end.” Right or wrong, these are the [anecdotal] observations I’ve encountered.

It is true, in the last days perilous times will come; the love of many will grow cold and wickedness will abound. But Millennial Christians are unwilling to sit as idle spectators watching with little to no engagement. The words of the lepers in 2 Kings 7 come to mind.

“Why sit we here till we die”

Secondly, the teaching that is sometimes presented in support of pre-tribulational rapture doctrine highlights and amplifies the cataclysmic doom and gloom that will come post-rapture, with very little concern for the billions of lost who will be left behind to suffer that doom. In other words, evangelistic fervor does not appear to be the immediate bi-product of the teaching. If it is truly believed that these things will soon come to pass, then our response ought to be overwhelmingly evangelistic.

Furthermore, the question arises, “If it is supposed that pre-tribulational rapture teaching produces a greater awareness of the imminent return of Christ, and therefore a more acute righteousness, then why aren’t followers of this view living more righteously?” It is clearly taught in scripture that expectation of Christ’s appearance should inspire righteousness (2 Peter 3:10-13). But if such is not evident in many that affirm the teaching, then it is only right to ask, do they truly believe what they affirm?

Thirdly, many Millennials want to know what the proper (i.e. biblical) response should be to the current conditions of the world in light of the rapture and ultimate second coming of Christ? What does it mean for us as the body of Christ, today? Beyond pursuing personal righteousness, how should we respond to sin and suffering, pre-rapture? Questions such as this are the driving force behind initiatives that push for social justice, equality and modern abolitionist movements. Responses that only highlight the increase of wickedness as the end draws near are inadequate.

Fourthly, Millennials are tired of modern predictions as to the timing of the rapture. If Jesus said, “It’s not for you to know,” (Acts 1:7) then Millennials are fine with not knowing. In fact the mysterious nature of such things adds to their intrigue. Insistence upon perfect knowledge or understanding of things that are clearly mysterious (interesting concept, right?) is the height of arrogance. Millennials greatly respect a humble orthodoxy concerning things that are unknowable or where there is considerable disagreement.

Finally, Millennials are concerned by what appears to be a blind and blanket support for National Israel by many American Evangelical leaders. While pre-millennial Millennials recognize God’s future plan for His people under the Abrahamic Covenant, they question uncritical or unilateral support, which is sometimes financial, of the Israeli Government and Military. Such support often turns a blind eye to Israel’s open rejection of Jesus and is typically justified by the use of Genesis 12:3. At hand is not a question of whether or not God has a future plan for Israel, but rather does Genesis 12:3 mean the wholesale support of all things Israel? Or, is blessing/cursing Abraham more oriented toward Messiah and not National Israel? Let me be clear, these questions do not mean that I do not support Israel’s right to defend herself when threatened or assaulted; nor do I deny the holocaust or condone the terrorist actions of Hamas, Hezbollah, or others against her.

I highlight these issues so as to point out that millennials do not necessarily have a problem with the idea of the rapture itself, rather the over-emphasis of it, the way it is often presented and the implications of the teaching. Millennials have more of a Matthew 24:36-25:46 focus when it comes to the end times than do many of their Boomer counterparts. What do I mean? Boomers have often focused on the conditions preceding the rapture, the rapture event itself and the tribulation post rapture; whereas Millennials are more interested in our response to the teaching of the rapture and the conditions of suffering and sin in the world now. Essentially, millennials are more interested on ecclesiology over eschatology.

The ramifications of this reality are clear. The only prophecy update necessary for Millennials is “Jesus promised that He would return, He has yet to do so, there remains much work to do till He does, how shall we then live?” 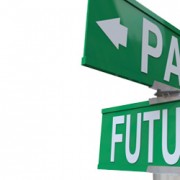