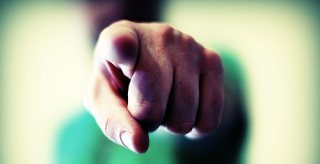 These are some of John Calvin’s comments from 1 Timothy 5:13: “And besides they learn [to be] idle, wandering about from house to house, and not only idle but also gossips and busybodies, saying things which they ought not.”

“For none are more exposed to slanders and insults than godly teachers. This comes not only from the difficulty of their duties, which are so great that sometimes they sink under them, or stagger or halt or take a false step, so that wicked men find many occasions of finding fault with them; but added to that, even when they do all their duties correctly and commit not even the smallest error, they never avoid a thousand criticisms. It is indeed a trick of Satan to estrange men from their ministers so as gradually to bring their teaching into contempt. In this way not only is wrong done to innocent people whose reputation is undeservedly injured, but the authority of God’s holy teaching is diminished.”

“The more sincerely any pastor strives to further Christ’s kingdom, the more he is loaded with spite, the more fierce do the attacks upon him become. And not only so, but as soon as any charge is made against ministers of the Word, it is believed as surely and firmly as if it had been already proved. This happens not only because a higher standard of integrity is required from them, but because Satan makes most people, in fact nearly everyone, over credulous so that without investigation, they eagerly condemn their pastors whose good name they ought to be defending.”