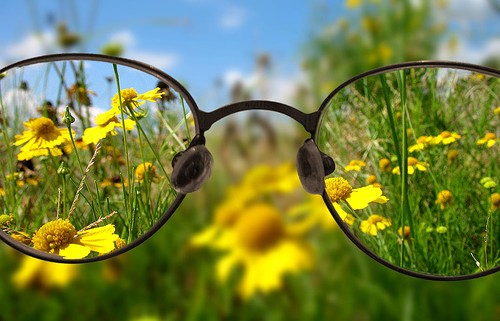 This is long … perhaps you’ll think it worth it to bear with me.

I want to spend some time talking about a phrase which has found its way into my mind and heart the past several weeks and even months. Here it is: “Clarity produces confidence.”

The meaning of the phrase (as I’ve internalized it) is that when we hear and receive the specific direction of the Lord in our lives—His guidance—the result is confidence. We’re confident because we’ve been commanded or directed by God Himself. The One who has called and guided us will also provide whatever is needed to obey and follow through with His direction. When we clearly hear His voice, then we know what to trust Him for. We can bank on His faithfulness to complete the work He has begun in us.

This concept—this phrase—is one that I’ve experienced many times over the years. When we first moved to Monterey, I believed strongly that the Lord was going to further expand the pastoral and teaching call upon my life. How did I know that? There was a dream, there were prophetic visions, there was the Word of God spoken into my heart on several occasions, and there was the confirmation of leaders and other believers we’d known in Southern California. It was crystal clear what the Lord was calling me to do. Therefore, I had the confidence to begin pastoring a church at the tender age of 25 (soon to be 26, mind you). Clarity produces confidence.

I can point to a huge number of other examples in my own life which illustrate the phrase, “Clarity produces confidence.” Some of them have to do with my marriage, some have to do with personal decisions (such as financial decisions), most of them with the myriad of decisions related to a life of ministry. But whatever the kind of situation, whenever I was certain that I was in the will of God, I was then able to rely upon Him for the commitment, strength, wisdom, or resources necessary to follow through. Clarity brought confidence. It still does.

I remember one particular incident that stands out. It happened very early in my ministry as senior pastor of Calvary Chapel in Monterey, where I served for 27 years. Sensing the leading of the Lord, we invited a very well known speaker/author/teacher to come and lead a four day evening seminar for us. We would hold it in a neutral facility and invite the entire community to come. Well, the speaker accepted our invitation and then referred me to his secretary to work out the logistics. It was then that I was informed that his honoraria would be an astonishing $500.00 per lecture! Not much money now, but back in 1979, it was a lot.

I was shocked. We Calvary guys prided ourselves on the “where God guides, God provides” philosophy. We would never ask for money, and we would never require a set honorarium for our services. So this amount of $500.00 seemed outrageous to me. Besides that, the church’s entire monthly budget at that time was around $1800, if I remember correctly. So the four days would exceed our entire monthly expenditures, and that didn’t include travel costs, hotel costs, printing, mailing, or other forms of publicity!

I was bummed. Not only was I bummed, I was disillusioned. How could this be? I thought this man was a godly leader. How could he charge so much? I didn’t know what to do. So I prayed (VERY good strategy). As I prayed and honestly poured out my heart to the Lord, the Lord used a verse of scripture that He caused to pop into my head (this is called “rhema”—Ephesians 6:17). The verse was Romans 14:4: “Who are you to judge another’s servant? To his own master he stands or falls. Indeed, he will be made to stand, for God is able to make him stand.”

What a blessing! The Lord was speaking clearly to me that He is the One that called and appointed this brother as His servant. He was answerable to Him. I needn’t worry about a thing, I sensed the Lord speaking to me. The Lord had it under His complete control Therefore, I didn’t need to think poorly of this man, I could entrust him completely to the Lord!

I was excited, and relieved. Now I knew I could trust the Lord for the finances needed to pull off the event, and for His blessing upon it.

And yes, it all went great! In the process, I got to know this minister and found him to be a prince of a man. He was the real deal. Plus, he liked me. He was also very supportive of me and what we were trying to do.

Here’s a cool thing … when the love offerings were counted at the end of the four nights, we found that the proceeds were $10.00 more than all of our expenses combined. The Lord had truly provided, and it didn’t bankrupt the church. I was stoked. Again, clarity (hearing from the Lord) produced confidence… confidence to trust the Lord and step out in His name.

Sad to say, I have not always operated like that. Looking back on my 26 years and 50 weeks in Monterey, I would say that most of what was done was done with the clear direction of the Lord, but in the last few years, I erred in that I failed to wait for the Lord in some key decisions.

Why did I not wait upon God? What was it? Why was it? Was it arrogance? Was it self-sufficiency? Was it assumption on my part? Probably a little bit of all of them. At any rate, I blew it. One major decision gone bad affected another one, until things got so messy that I ended up causing many to become frustrated and hurt, the very people I love and served with.

I had no clarity as I made those decisions, and therefore I had no confidence. One respected pastor I know, after I told him about some of the things that happened over the previous months, said to me, “It sounds to me like you lost your confidence.” Bingo! He hit the nail right on the head. It was so true… I HAD lost my confidence as a leader, as a pastor. That was new for me, because I’d operated in confidence for so many years. After he said that, it then became my quest to discover what happened. How did I lose it? The conclusion the Lord has helped me realize is that I was operating without clarity. I had not heard His voice, because I had not waited for Him.

I have been severely chastened by the Lord for all of this, and I hope I have learned my lesson. I am determined—with the Lord’s help—never to launch out into anything again without clarity which produces confidence. I don’t want to be like Joshua with the Gibeonites, or like Abraham with Hagar. I want to do what the Lord says, nothing more, nothing less. But first, I want to spend the time to determine what that is. No shortcuts.

To that end, the Lord has been kind enough to point me to an amazing passage in 1 Samuel which tells my story. Actually, it’s the story of David, but it fits my situation too.

David had been relentlessly pursued by Saul, who wanted to kill him. Previously, Samuel the prophet had anointed David as king over all Israel, but Saul was still on the throne. The Lord had said that He was going to remove Saul from the kingdom and give it to David. But David was apparently tired and wearied from Saul’s persecution of him. He got discouraged, and he forgot (at least emotionally) the Lord’s promises to him re: the kingdom. So given that as a background, we read David’s words:

And David said in his heart, “Now I shall perish someday by the hand of Saul. There is nothing better for me than that I should speedily escape to the land of the Philistines; and Saul will despair of me, to seek me anymore in any part of Israel. So I shall escape out of his hand.” (1 Samuel 27:1)

Notice that David was talking to himself. This is a good thing, if we’re talking truth to ourselves. But in this situation, David’s self talk was inaccurate. No, he would not perish by Saul’s hand. Because his premise was inaccurate, his solution would also be wrong. It was absolutely the wrong thing to escape to the Philistine’s land. He would put himself in a compromised situation. While it seemed logical that this move might discourage Saul from continuing to hunt him down, the way that seems right to us isn’t necessarily right. David had not heard from the Lord at this time, therefore he lost his confidence in the Lord. His lack of clarity brought discouragement.

The story goes on to tell what happened to David. He became affiliated with a Philistine lord named Achish. He lied to Achish about what he was really doing in the land. Achish eventually wanted David to join the Philistines in battle against Israel! Think of it… David attacking Israel. No way! Fortunately, the other Philistine lords (kings) refused to let David and his men fight with them. They thought he might betray them in battle. After all, this was the same David that killed Goliath, their champion.

But while David was passing in review before the Philistines, the Amalekites were destroying the Philistine city (Ziklag) where David, his men, and their wives had been living. When he and his men returned to Ziklag, they found it burned to the ground, and discovered that much spoil AND their wives had been taken away by the Amalekites. The next passage absolutely thrills my heart. It’s what I’ve been doing myself for months now:

1 Samuel 30:6 Now David was greatly distressed, for the people spoke of stoning him, because the soul of all the people was grieved, every man for his sons and his daughters. But David strengthened himself in the LORD his God.

Don’t you just love that? David went right to the Lord, and found a way to receive strength from Him! No doubt he did it through prayer, in the Word, and in worship, but he did it! He was in a tight spot; trouble was around him on every side, so he went straight to the Lord. He wouldn’t make the same mistake again. He would wait upon God.

The next thing he did was also telling. He sought the Lord re: the Amalekites and at Yahweh’s direction, he went straight into battle against them. In other words, now that he had clarity (having strengthened himself in the Lord and having consulted Him about attacking the Amalekites), it was time to go to war. Time to fight the enemy. No more sulking, no feeling sorry for himself, no living in the past. It was time to move forward.

The Lord granted David success. He was able, with his four hundred men, to rout the Amalekites and recover everything they’d taken from him.

I can’t tell you how much that entire story speaks to me. God is good! He speaks to us! He gives us marching orders. He frees us from our past. After the discipline is over with, it yields the “peaceable fruit of righteousness to those who are trained by it” (Hebrews 12:11).

Clarity produces confidence. I hope I never forget it.

Take a Vacation
Scroll to top