Blog - Latest News
You are here: Home1 / Shooting with Civilians 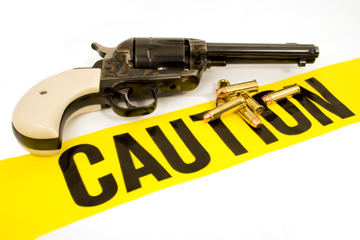 I didn’t grow up shooting.  Maybe once, or twice, but nothing that made a real impact on me.  I learned to shoot in the SEAL teams.  From the get go, safety was hammered down my throat.  Things like, “Keep your finger off the trigger until you are ready to shoot”, “Never point your weapon at anything your not willing to destroy”, “A gun is always loaded”, and so forth and so on.  The threat of doing something unsafe or “sweeping someone” (i.e. inadvertently pointing a weapon at someone) would result in severe discipline or being kicked out of the program altogether.

With this fear set deep within us, the instructors let us handle the weapons.  We started slow with learning their components and breaking them apart and reassembling them, then static shooting (i.e. standing still on the range while shooting) progressing over time to very dynamic shooting (i.e. shooting while moving with a lot of moving parts).  As we progressed in these shooting scenarios, the threat of dangers increased because of odds of human error significantly increasing.  But everyone had been carefully trained in safely handling the weapon at all times.  Safety became second nature.  We went from a crawl, to a walk, to a run, to a full blown sprint with the things we were doing, but gun safety was hammered home from day one and never was eased.  We were safe because the level of training we received on the weapons.  My time in the SEAL teams has made it virtually impossible to feel comfortable shooting outside of a military or law enforcement setting.  I’m sorry to offend anyone, but civilian shooters can be dangerous and goofy on the range.  I try to avoid it altogether.

This thought popped into my head the other day when I mulled over these verses:

“For the word of God is living and active and sharper than any two-edged sword, and piercing as far as the division of soul and spirit, of both joints and marrow, and able to judge the thoughts and intentions of the heart.” (Hebrews 4:12)

The Bible describes itself as a great weapon.  In fact, as far as I can tell, it is described as the only offensive tool the believer has been given.  With this truth, I think there are some lessons from shooting that I can apply to Bible study today.

Take a gun safety course.  I believe in safety with the Bible like I do with guns.  After becoming a Christian, I realized that I would often play “Russian Roulette” with the Bible.  I would open it flip through pages and just stop somewhere.  I had no idea the big picture of the Bible, the overriding theme, or anything really.  I didn’t know where to begin or how to handle this book of the Bible.  I literally could have made it say anything I wanted it to.  I see myself then and I was equivalent to a toddler playing with a loaded weapon!  As a pastor now, I recognized that many new Christians are not given any orientation class to the Bible.  If this is you, I would suggest reading a book like Howard Hendricks book, “Living by the Book” that will help you learn about hermeneutics–the art and science of studying the Bible.  I would also encourage you to attend faithfully a church where the Bible is taught in a systematic (i.e. Book at a time) way so you learn what Bible study looks like.

Never point a gun at something you are not willing to destroy.  This rule in shooting makes the point that every gun is loaded and should be treated as such even if there is no bullet within a 100 miles.  Never loose your respect for the harm a weapon can cause people or things.  This point, as it relates to the Bible, is difficult to articulate.  The Bible is God’s Word, we must handle it very carefully.  When we quote it, we are sharing a Word of the Lord to encourage, rebuke, or shape one’s thoughts about something.  Unfortunately, I have seen many use the Bible in a way for self interest or personal gain.  I would like to urge us to use extreme caution as we are interpreting and applying the Bible.  Certainly this is true as we relate it to others.  It concerns me when I see people cutting and pasting the Bible to prove themselves right on a particular point instead of humbling themselves under the Word to discover the truth.  The Bible should never be used to win an argument, although the Bible has the power and authority to settle arguments if this makes sense.

Perfect practice makes perfect.  There is a saying, “Practice makes perfect” that the SEAL teams don’t agree with.  As I began shooting, one of the sayings I heard early on was, “Perfect practice makes perfect!”  Bad habits are hard to break and bad practice only conditions bad habits.  Because of this truth, I would encourage every believer, whether you’ve been a Christian for 1 day or 30 years, to grow in the practice of hermeneutics.  It’s never too late to start.  The sooner you are equipped to study and apply the Bible on your own, the faster you will be equipped to serve your Lord.  Paul said this to Timothy, “Be diligent to present yourself approved to God as a workman who does not need to be ashamed, accurately handling the word of truth” (2 Timothy 2:15).  This command applies to all believers as far as I am concerned.

Some closing thoughts.  Let me be clear, every believer has the Spirit to guide them in the study of the Bible.  God has revealed His Word to us and has said this about it, “All Scripture is inspired by God and is profitable for teaching, for reproof, for correction, for training in righteousness, so that the man of God may be adequate, equipped for every good work” (2 Timothy 3:16-17).  We have been entrusted with the use of a very powerful book.  I pray that we would take the time to learn how to read, study, and apply in our lives!

Maintaining A Vibrant Faith At Seminary