I love how imaginative my kids are. Ethan (4 years old) and Addie (soon to be 3) have super vivid imaginations (I’m sure Eva does too, but she’s only just turned 1).

The other day while driving home from Costco we had one of their movies playing in the back seat. During the “moral of the story” wrap-up the main character told the kids, “You see you don’t have to be a superhero to help people.” Without a second thought Ethan quietly responded, “Yes you do.” In his mind you do, and in his world we are all superheroes. In fact, if you were to ask him which superheroes we are… I’m Mr. Incredible (he’s a smart boy), Andrea is Firestar (he made that one up), he is Spider-Man (or Ironman, or Captain America), Addie is Elastagirl and Evangeline is Dash. Ethan has a vision. He lives his vision and he loves to bring others into it. Bringing others into your vision is what impartation is all about.

In my last post on developing vision I spoke of casting the vision to those leaders closest to you for the purpose of moving it from the general to the specific. Although some aspects of development carry over into impartation, impartation is the real incarnation of vision in the hearts of others. At this stage the more specifically formulated vision that has been developed in step two is now imparted to the larger body so as to make the idea a reality. At this point there are three important steps in birthing the vision in the hearts and minds of the body.

REMIND the people of what God has done previously. At the beginning of each year at CCEsco I spend 2 to 3 weeks imparting vision for what is on the horizon and I always begin first by reminding the body of what has happened in the previous year. I share how the Lord has provided for the work and opened new doors of opportunity. I remind the body of what they gave in support of the work and how that has practically impacted our community and the world; and we take time to remember some of the lessons we’ve learned as a result of what we’ve seen and been apart of.

Once we’ve taken some time to rehearse what God has done and is doing, I then ARTICULATE the vision of what God has called upon us to do in the new year. This articulation is not an in-depth treatise on every detail of the vision, but rather a simple overview of what we’re desiring to accomplish by God’s grace. As much as possible I believe that it is important to be as concise and precise in communicating the vision as the details of it can be expressed more fully later. Think of impartation as a form of inception.

As you rehearse what God has done and articulate what He is preparing to do it is essential that you then ELICIT a response from your hearers. In so doing it is important that you provide easy on-ramps for them to step into the process of making the vision a reality. Don’t just paint an abstract picture of what could potentially be, but provide practical ways in which the body can participate.

In Exodus 25, as Moses was still receiving the vision for the tabernacle, he began to impart the vision to Israel and prompted their involvement by requesting an offering. This offering was the initial spark that involved and employed their participation in making the tabernacle a reality. It [the offering] gave the people a practical way in which they could be a part of the birthing of the vision. 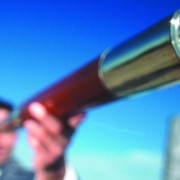 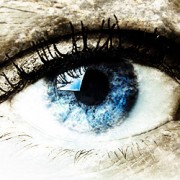 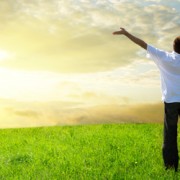 Enjoying His Grace, Extending His Glory 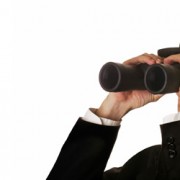 Maintaining A Vibrant Faith At Seminary
Scroll to top