Blog - Latest News
You are here: Home1 / A Nation Taken into Captivity 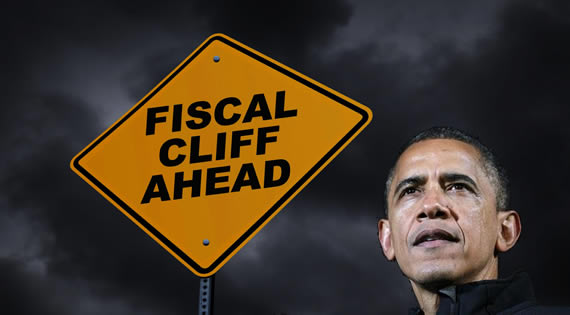 Last Tuesday I wrote “Election Tuesday” on my personal blog.  I had no idea what the outcome of the election would be as I wrote.  It was pretty clear that I, with the majority of Evangelical Christians, was hoping for a different outcome.  As I wrote that blog, this line stood out to me: “I would suggest our faith in Him is tested most when things don’t turn out as we think they should.”  With the results in, I have seen a growing fear concerning the future by conservatives and Christian’s alike.  I say this without trying to undermine the real issues we as a nation face.  They are real.  They are closing in around us and something will have to give one way or another sooner, rather than later.  Even in the worst case scenario, I still believe we Americans live in one of the greatest countries and have the highest quality of life as I reflect on humanity throughout history.  We have much to be thankful for lest we loose sight of the larger picture.

In the last 48 hours, the biblical story of Daniel keeps surfacing in my mind.  Israel had wandered from their God over and over again.  God had warned them through numerous prophets like Isaiah, Habakkuk, and others that discipline was coming.  They did not care (neither do we).  The book of Daniel opens with this prophecy coming true.  Daniel 1:2 states, “The Lord gave Jehoiakim king of Judah into his hand…”  This was huge.  The Northern Kingdom had already fallen captive to the Assyrians in 722 B.C. and now the Southern Kingdom was taken captive by the Babylonians in 586 B.C.  The nation of Israel existed no more.  It would not come back as a nation until May 14, 1948.  Clearly the situation presented in Daniel chapter 1 is worse than anything we are going through right now.  It is worse than anything we could imagine.  Period.

Here Daniel, a young man, was taken as a prisoner by a ruthless people who hated and destroyed the nation of Israel.  Daniel was exiled to Babylon to be indoctrinated into the Babylonian way for the purpose of eroding any remnant of Judaism.  Did I mention this was a really bad situation?  I wish I could review every story recorded in Daniel, but time and people’s attention spans are limited.  In light of this, I would like to fly over the Book of Daniel and draw out some practical principles from the life of Daniel.

Daniel’s God was bigger than all his problems.  Nation taken captive?  Being deported to a foreign land to be indoctrinated into a godless system?  No problem, my God is bigger than these problems!  I don’t know about you, but I hate the emotional roller coaster my emotions are capable of.  As I walk with God and come to know Him with greater intimacy, the less moved I am by the ups and downs of life.  I pray that we all would walk in a way that brings true grounding like Daniel had with God.

Daniel was most concerned with his own relationship with God.  As he was faced with an opportunity to go with the flow of his culture, he faced a critical decision.  Daniel could have very easily slipped into the things that would have led him away from God, but he stayed focus on the priority of his relationship with God.  This internal focus ultimately led to others noticing that Daniel was different.  God honors Daniel over and over again because his passion for God was second to none.  I believe revival starts with the individual, with you right where you are.

Daniel was a gracious as he could be when the outworking of his faith was infringed upon.  In the first chapter Daniel was faced with his first dilemma–eat the food that went against his convictions, or rebel against his captors.  What would he do?  How would I handle this if I was in the same situation?  I love the graciousness and trust in God as Daniel makes his request to honor his convictions.  True class.  I love that God granted Daniel favor and compassion as he live at peace with all men so much as it depended on him (Rom. 12:18).

No Compromise.  Daniel 3 develops into a intense story about Daniel’s close friends.  Daniel was not here.  We don’t know where he was, but I am convinced that Daniel would have been right there with them.  Daniel’s friends would not bend at the threat of their lives to bow down and worship an idol.  They stood firm.  There comes a place where the believer must draw the line.  I’m not sure where this is in today’s context, but clearly they would not bow down to worship anything other than God.  I see no rebellion in Scripture like this that relates to taxes or other things that bug us.  This sort of rebellion seems limited to the place of comprising true worship or a restricting of the Gospel (Acts 4:19-20), or possibly in the defense of another.

Daniel fervently prayed for his nation.  I would encourage you to pause your reading of this blog and read Daniel 9.  The heart of Daniel’s prayer is humbling.  Did you notice his heart?  Full of awe for God.  Sensitivity and responsibility for both his sin and the sin of his nation.  Confession and cries for God’s intervention.  Daniel poured himself out so completely in prayer that he describes his state as being in “extreme weariness” (Dan. 9:21).  I don’t think I have ever prayed for my nation like this before.  What would our land look light if we as Christians prayed for our nation with this intensity instead of complaining about how bad things have become, or are going to get?  Maybe we should give this a shot?

A final word.  In looking at Daniel’s life, I believe these points should help us get back on track.  If you are not a Christian, and you find yourself deeply concerned about where we are and where we are heading as a nation, I would encourage you to turn to Christ.  He is the King of kings and Lord of lords.  He is not asleep at the wheel and He will take care of you if you turn to Him by faith.  To those of us who believe, I would encourage you to examine your thoughts and the words that come out of your mouth.  What do they say about your God?  I would encourage you to turn your hope to the creator and sustainer of the universe.  He is moved by prayer and has commanded us to pray.  Let us turn our hearts and prayers to Him as our country faces difficult times ahead.  May we reflect His light in the midst of a world that is so dark.

My Church Is The Best!