Blog - Latest News
You are here: Home1 / What in the Worldview…. 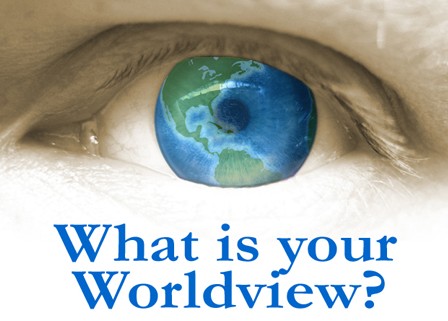 We need to put ourselves in the shoes of the non-believer. We need to think about how they see the world. We need to analyze how they interact with the world. Cross-cultural missionaries have been doing this for thousands of years. It is time, however, for us to apply the same skills here in the West to bridge the great divide within our culture. On any given Sunday, in most communities across America, there are vastly more people not going to church than there are in church. Fifty years ago, there was not as drastic a difference between the worldviews of the churchgoers and those of the non-churchgoers. But now there is a great divide, and in order to be effective, we must take the time to understand how the non-churchgoers think and feel. We have just seen what makes up a worldview. Now we will take some time and look at what has made the twentieth century what it is, the worldviews of modernity and postmodernity. My intention in this book is not to be exhaustive in any sense of the meaning, but will briefly sketch some of the defining contours of both modernity and postmodernity so that we can see what this emerging worldview actually is.

Modernity is often called the Post Medieval period. It runs roughly from 1400 until about the 1930s. Historians tend to break modernity into an early and a later period. The early modern period continues until about 1800. The modern era begins in the nineteenth century with the advent of industrialization. It is this latter period of modernity that has the most weight for us. It is what is commonly called the Enlightenment. The Enlightenment paradigm is also known as the “representation paradigm” in academic circles. Its goal is to see the world empirically. Reason has the upper hand. Proponents of modernity see the world as a mapping of what can be empirically understood.

Although the church seems currently obsessed with understanding postmodernism, I find it interesting to note that postmodernism began as an intellectual and cultural phenomenon in the 1920’s. That was almost a century ago! Postmodernity’s focus on social and political out workings has been the norm since the 1960’s. The church is behind the time. We are trying to understand something that is nearly a century old, yet we still don’t quite have a handle on it. Even the name by which we call the worldview, postmodernity, shows that we do not quite understand it. Think about the name of the first automobiles. They were called a horseless carriage. They didn’t know what it was, but they knew it wasn’t what they were used to. They had been used to horse drawn carriages and these new things did the same thing but without the horse. We call it postmodernism because we know that it is beyond modernism, but we do not quite know what it is still. This is more than a little disconcerting.

Tim Keller, the pastor of Redeemer Presbyterian Church in New York City, gave a basic outline of Western intellectual history in this way: Pre-modern (or Medieval) thought posits that we can know things truly through both reason and revelation. Modern thought believed that we can only know things truly through reason but not through revelation. But postmodern thought believes that we cannot know things truly either through reason or revelation. This is what Gerry Grant Madison meant when he said Post Modernism leads to aporia or intellectual exhaustion. This is why postmodernity is typified by relativism (there is not truth as it is all relative) and pluralism (one understanding is no better than another).

Postmodernity’s great critique of modernism is that it left out the individual in understanding the world. The individual himself brings something to an understanding of the world. In many ways, this is why postmodern thought tends to be overly self-focused. Joe Queenan’s book, Balsamic Dreams: A Short but Self Important History of the Baby Boomer Generation, is masterful at showing how self-improvement and self-centeredness is the predominant ideology of the boomers. Postmodernity brought the self to the forefront of the discussion and obviously, the self enjoys the adulation. It has been commonly said that the postmodern worldview has three problems that must be overcome in order to do effective Christian evangelism.

You will notice that all three problems exist on individual and personal grounds. The problems are: the guilt problem, the truth problem and the meaning problem. There is a guilt problem because most postmodern people do not have guilt over their mistakes because of their truth problem. They essentially do not believe in truth. Like Pilate, they ask the question, “What is truth?” It is a rhetorical question that assumes there is no such thing as truth. The guilt problem stems from the truth problem, which stems from their meaning problem. Because truth is relative and unknowable, how can anyone know what something really means? You can see how pure postmodernism leads to intellectual exhaustion!

Two of the main consequences of postmodern thought are the fragmentation of authority and the commoditization of knowledge. Postmoderns see things in terms of power plays. All authority is seen as an oppressive hierarchy. Karl Marx and Sigmund Freud’s theories on this subject set the stage for what have now become readily accepted cultural beliefs. The whole situation is exacerbated by modern technology, which brings the world closer and makes it seem smaller. The Internet brings knowledge to us at a rapid pace. The postmodern person is used to having information from all over the world instantaneously accessible. This is a lethal combination. When distain for authority (and their truth claims) meet copious amounts of knowledge mixed with self-centeredness, the result is an inability to correctly assess meaning, truth or guilt.

Postmodernity, by and large, rejected on a grand scale, the empirical and rational claims of modernity. Postmodernists rejected truth and accumulated information. Postmoderns typify what the Bible speaks of when it says, “always learning but never coming to the knowledge of the truth.” But as I look at the prevailing worldview of both the Northeast and the West Coast, I see something different than postmodernity. There is not the rejection of truth claims at all. But what is unique is that rather than rejecting what has come before, there is a prevailing sense that other viewpoints should be integrated into the worldview. Not just in an acknowledgment of viewpoints, but in the actual amalgamation of truths.

In the report from the After Post Modern Conference it says this:
General statements of “truth” and objectivity’ are permanently ambiguous––but this does not mean that truth and objectivity are lost. Rather they require more––they need a further contextual completion from what we are just then living, before we can choose among variants for an activity at hand. Instead of mere pluralism, we can create “complexes of multiple truths” involving a demanding and sophisticated steering of scientific research with multiple applications and resonance to local contexts.

It is these complexes of multiple truths that I see clearly on the coasts of our country. But this is just the tip of the iceberg. At this point, I am happy to introduce you to post-postmodernity. Let us give it a proper name. I would like you to meet the “Integral Worldview.”