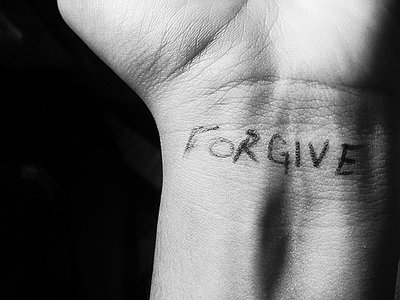 Have you wrestled through the whole issue of forgiveness?  This wasn’t really an issue for me before I became a Christian, but then after becoming a Christian I started to believe we were to forgive with reckless abandon regardless of the situation.  As I wrestled through the application of forgiveness Jesus’ words to Peter often surfaced, “I do not say to you, up to seven times [speaking of forgiveness], but up to seventy times seven” (Matt. 18:21).  This presented some pain for me as I thought the Christian was to become a human punching bag by enabling an endless cycle of abuse followed by forgiveness.

Clearly the Christian has been forgiven much and should forgive as they have been forgiven by Christ (Ephesians 4:32).  This point is clear.  But what exactly is forgiveness?  I have heard that forgiveness is releasing the person who wronged you from owing you anything.  I get this as ultimately it helps you not to become an embittered person.  But does one-sided forgiveness result in reconciliation?  I think it is at this point where we often miss the mark because we think one-sided forgiveness should result in reconciliation, but most times it does not.

I find it interesting that the above quote by Jesus to forgive 70 times is found in the context of disciplining one in sin (see Matt. 18:15-20).  This is helpful to me as the context gives instructions for how do deal with someone in sin.  This is a flowchart to follow in disciplining the one in sin.  Jesus clearly instructs an escalation of consequence for the person refusing to repent.  If repentance doesn’t occur the person is to be brought before the church and then essentially excommunicated from the body.  This seems harsh by our standards today.  But Jesus concludes by affirming their decision to discipline by saying, “For where two or three have gathered [the context is NOT prayer, but disciplining a fellow believer] together in my name, I am there in their midst” (Matt. 18:20).  Clearly the aim of discipline is reconciliation, but reconciliation seems dependent on repentance.  One’s failure to repent often results in the consequence of a broken relationship.

I love the instruction the Apostle Paul gives in Romans 12:18, “If possible, so far as it depends on you, be at peace with all men.”  This is our aim.  The Christian’s hearts desire should be to be at peace with all people.  This isn’t always possible.  If someone has wronged you, you should seek them out with an aim of reconciling this problem.  This might fail.  At this point involving a mediator can be beneficial, but still might not result in reconciliation.  Regardless of how hard you try the other person may never truly repent and make amends toward reconciliation resulting in the consequence of a damaged relationship.

Regardless of the outcome, the person wronged needs to forgive no matter how heinous the wrong.  Don’t be confused at this point.  Forgiveness does not alleviate consequence.  David, a man after God’s own heart committed great iniquity.  He was a forgiven man, but still suffered the loss of his son and was forbidden by God to build the temple.  Forgiving one in prison does not mean they should be relieved of serving their sentence because they have received forgiveness.  There may be people who are simply hurtful people.  You should forgive them in your heart, but you may need to distance yourself from them.  Failing to forgive results in bitterness and I have heard it said that “bitterness is like swallowing poison and hoping the other person dies.”