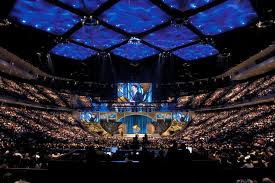 The Training of the Twelve as Local Church Model?

This morning I listened to an interesting discussion between some pastors and missiologists on whether or not we should emphasize large gatherings or smaller gatherings in seeking to do the best job at discipleship. The conversation intrigued me because I’ve been thinking a lot about how to do a good job with discipleship in the context of the church I lead.

One of the center-pieces of the conversation was the idea that Jesus’ relationship to the twelve disciples as portrayed in the gospels should serve as our template for how we function as the local church. I’ve heard this kind of thinking from people who contend that the local church should operate according to a house church model. The house church model often includes:

Support for modeling the local church in such a way is often claimed by pointing to how Jesus related to the twelve. People will note that “Jesus spent most of His time with twelve people.” This is true. He spent lots of time eating with, instructing, and training twelve disciples. And thus, as they say, we shouldn’t have local churches made up of hundreds or thousands, but of tens.

But can we really look to Jesus’ relationship to the twelve as depicted in the gospels as a template for the local church? Did Jesus really intend for us to do so? I would contend that this is not the case. First of all, the truth is that while the gospels spend much time describing Jesus’ interactions with the twelve, they do not exclusively do so. They also portray Jesus teaching and sending the seventy as well as often speaking to what the Bible calls the multitudes. Jesus is seen in some cases preaching to thousands of people at one time.

As opposed to serving as a template for how the local church should be organized, I would contend that Jesus’ relationship to the twelve is more of a template for how we should do leadership training for the local church. The men Jesus spent so much time with ultimately became the first pastors and church-planters for the local church. He spent time instructing them formally and allowing them to participate in the ministry He was doing. He would send them out to do ministry and bring them back to the huddle and explain where they needed to grow. And at the end of His physical stay on earth He sent them out in the power of the Spirit to establish and lead local churches.

And yet, the local churches these men led were in many cases anything but small groups or what many have in mind today when they talk about house churches. The church in Jerusalem was thousands strong, and they had no problem with that. The church in Antioch was also a huge church and they saw no problem with that. The early church met both “publically and house to house.” (Acts 2:46; Acts 20:20) It wasn’t just house to house, but publically that they met. They met in the large gathering areas of the temple. (Acts 2:46) What’s more is that archaeological excavation projects have revealed that many of the so-called house churches described in Acts met in huge courtyard and banquet halls of wealthy homes that could seat hundreds of people.

Besides the large numbers of Christians coming together in large gatherings, Acts also shows us the continuation of Jesus’ practice of training leaders of God’s people in smaller apprentice-styled ministry groups. Acts 20 reveals Paul traveling with a group of ministry trainees (verses 2-4) and also gives us a glimpse into how he related to a group of pastors he’d trained according to the pattern of Jesus’ training of the twelve as seen in the gospels (verses 17-38).

We get another clue as to where the apostles stood on having large gatherings by taking a look at the New Testament epistles. It is worth noting that in most cases the epistles are addressed to entire churches, and were intended to be read and taught in the presence of all believers living in the city to which the letter came. In Ephesians 6:1-3 the exhortations addressed directly to children show that even the kids were assumed to be present for the reading and teaching of the New Testament letters when they were originally written and delivered. Also, nowhere do the Pastoral Epistles (1 & 2 Timothy and Titus) exhort pastors to keep the numbers of local churches down to small group sizes for the purpose of discipleship, but rather imply the multiplication of leadership, numbers of believers, and the open preaching of the Word to all under their charge. What’s more, the exhortations to the seven churches of Revelation (Rev. 2-3) are addressed to entire churches.

So what’s the point? Am I against house churches, small groups, community groups, and so on? Absolutely not! They are invaluable. There is a type of discipleship and community that can only be nurtured in a smaller context that happens in smaller groups. The pastors of the church I lead are right now praying with our church about starting ten more house church style fellowships in addition to those we already have going before the end of 2012.

Do I Pass the Test?

Dealing with Discouragement
Scroll to top