Blog - Latest News
You are here: Home1 / When Transfer Growth is Healthy 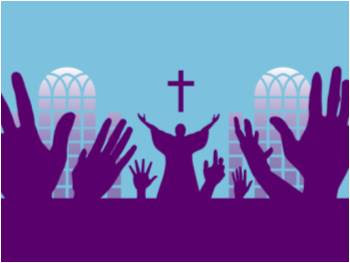 Sometimes we are overly-simplistic in our criticisms and cautions. That’s just part of being human. Still, accuracy and balance (if biblical and true) is something to pursue. And one area in which I think pastors particularly get a little overly-simplistic is that of transfer growth. Transfer growth occurs when someone who is already a follower of Jesus (or at least professes to be so) switches from attending one local church to another.

There is a status quo regarding transfer growth that is understandable, often legitimate, but sometimes overboard. It is frankly taboo to appear to be at peace with Christians coming to your church or church-plant from another local church. As such, pastors who don’t want to be filleted don’t talk openly about it, no matter what the reason someone may have transferred to their church may be. My belief is that, while much of the time (perhaps most) transfer growth is due to unhealthy thinking or behavior, sometime’s it is not. And what I hope to do is shed some light on reasons why sometimes transfer growth can even be a godly, wise, and needed reality.

Let me be clear upfront that I don’t think intentionally pillaging the members of a gospel-centered, God-ordained church is ok. The leaders of the church I serve have, and will continue to tell people at times that they need to return to the church they came from when they desire to come to our fellowship in an unhealthy way, with selfish and sinful motivations. But I’ve also seen people come through our doors from other places who I will never tell to go back to where they came from. Here are some reasons why:

1. The Gospel must be preached

Not all churches that have the gospel correct on their doctrinal statement actually preach the gospel. Some churches are so focused on speaking to people’s felt needs and emotional struggles that they forget to be clear on the problem of sin and how Jesus solved it for us in His death, burial, and resurrection. And in case we forgot, the gospel is the power of God for salvation (Rom. 1:16-17), nothing else. Sometimes people come to my church from another, maybe visiting with a friend or something, and they hear the gospel clearly proclaimed, and God convicts them of sin, brings them to faith in the gospel and regenerates them. And as we counsel with them we discover that though they’ve been at a church that has the right gospel on paper, they’ve never heard it preached before. But now they understand it, are broken over it, and put their trust in Jesus in light of it.

The deal is, if you don’t understand and believe the true and simple gospel, you are not born-again. You are not saved from hell. So, for me, when I meet this kind of person at Refuge that last thing I’m going to do is tell them, “Well I’m sorry, but you need to go back where you came from.” I’m going to love them and make sure they have the opportunity to get the discipleship they’ve never had.

This ties in with the last point, but not every church that names Christ actually preaches Christ. Churches get into weird crap. That’s the bottom line. I remember learning that a local Episcopal church in a town where I used to pastor had started encouraging their Moms of Preschoolers (MOPS) group to start using the Quran and Book of Mormon for their studies in addition to the Bible. Because of that kind of thing, I was more than happy to welcome a few transfers to our church who knew there was something wrong with that. They voiced their concerns, called for a change and repentance, and were unheard. So, I was happy to welcome them to a place they could not only be discipled, but invite moms to, knowing that they’d be getting the living water of God’s word instead of the poisonous waters of pluralism.

We also need to allow for people to grow or transition into different seasons of life. If I were simply looking for a church to plug my family into in a non-vocational ministry sense today, I wouldn’t go to the churches I attended in the past. This isn’t because they are evil or wrong. They’re just not a good fit for where our family is at right now in our relationship with Jesus theologically and philosophically.

One of the most tragic reasons I’ve seen transfer growth is when people are truly hurt by leaders and churches. A couple years ago a pastor in my area was found to have been having affairs with underage girls in the youth groups he was leading. Part of the fallout from that was that people transferred from that church to other churches, including ours. We welcomed these people to our church as a hospital where they could be cared for and encouraged.

Generally speaking, if we have the gospel in common with another church I love to promote unity between us. But there are some churches that are involved in things that are just weird enough for me to understand why people would leave them. For instance I know of a church not far from us that began promoting the idea that certain crystals used in worship services can encapsulate the praises of God’s people and project them into the cosmos. This church was encouraging people to give their money and tithes to the people taking these crystals around and doing presentations with them. Then there is the whole prosperity preaching issue that was prevalent. Still other churches who have that “come to us if you don’t want to be held accountable for your sin, in the name of grace” reputation are a problem in our area too. Some of these churches claim (or really do) believe in the same Jesus and gospel we do. But that lowest common denominator isn’t always enough. I would never tell someone they need to go back to that kind of environment because of the way people over-generalize the problem with transfer growth.

I hate unnecessary, flippant, consumeranity, transfer growth. I want people to get saved through Refuge Church. But I also don’t want to be so naïve as to act as if there are no legitimate reasons people may transfer into, or out of the church I lead. So am I saying that all transfer growth is good? No! I’m just saying we need to not be overly-simplistic in the way we talk about the issue.

Having a good relationship with the other pastors in your community is vitally important for handling transfer growth in a way that keeps the gospel witness in tact in your area. If the pastors in your area lob grenades at each other behind one another’s back without having face-to-face interaction, we turn into a bunch of squabbling church people. And most lost people don’t want any part of that. Communicate with the pastors in your community about transfer growth. Ask their advice on how to handle it, and follow-up with each other. The witness of the gospel depends upon it.

Doing The Next Thing
Scroll to top