Blog - Latest News
You are here: Home1 / When Faith Deteriorates into Hope 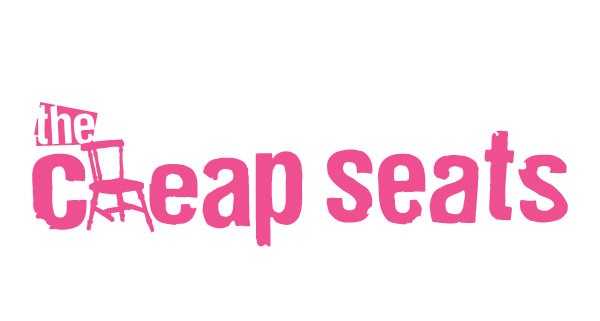 My wife and I have been to beautiful AT&T Park in San Francisco to watch the Giants play on two occasions.  The first time there, we weren’t too many rows above third base and many people had a mitt with them – they were anticipating some foul balls coming their way.  The second time found us high in the right field upper deck seats and virtually no mitts were to be seen.  We had gorgeous views of McCovey Cove, the Bay Bridge, and the upper skyline of the City, but had no expectation of any balls coming our way.

Close to third base, I needed to watch every pitch because something could have come my way in a second. But high in the upper right field seats, I didn’t expect anything to come my way.  Up there, I was at the game, but not in the game.  We see something of this dynamic in Martha’s life in John 11.  After Lazarus died, Martha went from being near third base to the upper right field seats.  She went from expecting something from Jesus to expecting nothing from Jesus.  She took herself out of the field of play.  Her faith deteriorated into hope.  This is what happened to Martha and it’s what can happen to you – you can find yourself sitting in the cheap seats with Martha.  How do I know it can happen to you?  Because it happened to me.  I’ve experienced how faith can deteriorate into hope.  I’ve taken that long walk up the ramp to the cheap seats where I don’t expect much to come my way.

“If only You had been here, my brother would not have died.”

You know the story – Lazarus is dead and buried.  Jesus delayed His arrival and it was now, after Lazarus has been in the tomb four days, that Jesus finally showed up.  Not only were Martha and Mary grieved by the death of Lazarus, they were shaken by the seeming indifference of Jesus who hadn’t come in time to heal their brother.

Martha’s faith took a hit.  She didn’t lose her faith – but she did lose the fervency of her faith.  She still loves & believes in the Lord, but her faith isn’t as vibrant & vital as it had been.  She is disappointed with Jesus and tells him so.

On a lesser scale, I know exactly what this is like.  My faith has taken numerous hits. I have been gun shy about promoting various ministry opportunities because they have been largely without effect in the past.  Poorly attended concerts have made me reluctant to want to promote and participate in other similar events.  I just can’t be certain Jesus is going to come through for me.  Ineffective outreaches leave me not so gung-ho the next time because I can’t be sure Jesus is going to show up.  Mediocre ‘body life’ services have made me think twice about scheduling others.  Where was Jesus at our ‘body life’ service?  I have thought many times that Jesus has been late and left me with a funeral to arrange.

From our vantage point, we know what Jesus had in mind.  Jesus assured Martha that her brother would rise again.  Jesus meant resurrection today, but Martha couldn’t go there with Jesus – she said that he would rise in the resurrection on the last day.  Her expectation migrated from today to the last day.  This is precisely where Martha takes the cheap seats.  This is where her faith deteriorated into hope.  This is where she left her seat just above third base and took the long walk up the ramp to the cheap seats.

Faith says that Jesus is with me today.  Hope says that Jesus will be with me tomorrow.  Obviously, hope is a good thing to possess.  It’s one of the Big Three – …now abide faith, hope, love…  But when hope abides without faith, it takes you out of the game and relegates you to the cheap seats.  When hope abides without faith it robs you of today and shifts everything to tomorrow.  Martha had no expectation her brother would rise today.  The deadline had come and gone and Jesus had not come.  Faith says that Jesus is with me today.  Since He is not with me today, all I have is tomorrow.  All that’s left is hope.  She went from faith for a miracle today to hope for one on the last day.

This is one of the devil’s greatest, subtlest tricks – not to deny the power of Jesus, but to relegate it to another day – to make faith deteriorate into hope – to rob me of today and shift everything to tomorrow.  A tomorrow Jesus is a great hope, but I need a today Jesus.

Indications of a valid, but not a vital faith

Disappointment becomes accusation – 21 – If You had been here…

When I am disappointed, I am overcome by the Ifs of life – the would have beens/could have beens/should have beens of life.  I am not elated by what could be, I am deflated by what is.  I no longer look forward to the miracle I expected, I look around at the mess I am left with.  I shift all my expectation to heaven.  And the expectation of heaven is good, but not at the expense of a faith that says Jesus wants to move in power today.

Confession becomes profession – 22 – Martha said, Even now I know that whatever You ask of God, He will give You…

It’s true, He will – but we know she doesn’t really believe this.  Her confession of faith was a  mere profession of truth.  When faith deteriorates into hope, the dynamic of faith becomes the rehearsal of doctrine.  When faith deteriorates into hope I take refuge in truth, not in the Lord and the strength of His might.  I retreat from a passionate personal faith into a propositional doctrinal one.

22-28  Martha’s present faith is replaced by traditional theology.  She is fearful of believing too much.  She takes refuge in hope, not faith

Rededicate?  Why?  There’s no sin in her life – and there is no life in her life, either!  And it’s more than the death of her brother – it’s the death of a dream.  She was more shook up by the seeming indifference of Jesus than the death of Lazarus.  It is one thing to give yourself to the Lord in the excitement and passion and idealism of youth.  It is another thing to give yourself to the Lord in the realism, the brokenness, and the disappointment of unfulfilled expectations.  So much has happened, so much damage has occurred, so many opportunities have been missed, so much sin has done so much harm, so many regrets have been accumulated, so much disappointment has taken a toll on the soul.  Possibly, without even realizing it, you find yourself next to Martha in the cheap seats and need to give yourself once again to God.  No, you haven’t backslid – there is moral purity and doctrinal integrity, but something has died within you.  Yes, your calling is still intact, but the passion of your calling, that intensity you experienced, that expectation of Jesus moving in power today is a thing of the past.  Disappointment has robbed you of passion and anticipation.  You’re sitting in the cheap seats surrounded by thousands of others who may be cheering, but when you look closer, they aren’t wearing any mitts, either.

Jesus wanted to move Martha and wants to move you from the cheap seats back into the place of action – from doctrinal profession to personal confession, from future hope to present faith, from tomorrow to today.

Do you have an “if only” faith or an “even now” faith?