I recently heard a Christian leader say that “church planters” hold an apostolic role in the church, and that they ought to recognize their call as apostles. Yes, he made a distinction between “the 12” foundational apostles of the church, and explained that an apostle, according to mere definition, is [essentially] one who is sent. A modern day missionary. A “church planter.”

I don’t necessarily have a problem with the title of “apostle” being used for a “church planter.” I think we all recognize the difference between modern day missional pioneers and say, the Apostle John. My concern is that some, who are giving counsel and advice to up and coming planters, are painting a picture of the “church planter” as being some sort of rogue lone ranger, on a mission to which all else refuse to embark.

As I listened to the remainder of the exhortation, seeking to keep an open mind, I found myself thinking, “every true apostle must always begin as a servant.” The reality is that an apostle leads as a servant throughout their ministry. I’m not sure where this splinter cell mindset is coming from, but I don’t think we observe it in the scriptures.

Without a doubt, the church planting, missional, total abandoned, standout apostle of the New Testament is, Paul. Nearly two-thirds of the book of Acts is dedicated to the ministry God wrought through the converted Pharisee. The majority of the New Testament epistles are attributed to the Roman born, Hebrew of Hebrews, and aside from Christ Himself, Paul is perhaps the most well known figure of the first century. But lone ranger, he was not.

Paul’s calling and ordination to the task of an apostle was of God and not of men (Galatians 1:1). Be that as it may, it was not until he was sent out with the blessing of a church that he actually went; and when that day came, he was not alone. The thirteenth chapter of Acts gives a brief summation of the commission. Paul and Barnabas, assembled with the three other leading teachers at Antioch, were ministering to the Lord when He, by His Holy Spirit said, “Separate me Barnabas and Saul for the work whereunto I have called them.” Following the call they fasted, prayed, laid hands on them and sent them away.

Nowhere do we see Paul or Barnabas giving Simon, Lucius and Manaen an earful about the greater work they had lost sight of or were missing, out on the frontier. Paul did not leave as a misunderstood pioneer without a gracious blessing from his sending church. As often as he declares his apostleship in the New Testament, he bears witness to his servanthood. Was Paul the apostle uncomfortable around other pastors, or something of a misfit? I think not. He recognized and wrote that those called to leadership within the church, whether apostles, prophets, evangelists, pastors or teachers (or pastor-teachers if you read it that way), are all called to the same work; equipping the saints for the further work of the ministry and building up of the body of Christ (Ephesians 4:11-12).

A renewed fervor in church planting is praiseworthy. A desire to see people brought into the kingdom and bearing much fruit is right. But an unwillingness to submit to the leaders of a local church and serve an established body, because of a pressing desire to be the pioneering apostle is, I believe, a mark of immaturity.

I have not planted a church, but would go in a second, were God to call me to do so. But as a pastor of a church I am ready and willing to fast with, pray for and lay hands on those that have proven themselves faithful stewards, as servants among the gathering of God’s people. Hasty, impetuous individuals who push their way out into the field to lay claim to a plot of ground upon which to build a pulpit, prove themselves often times to be no more than self-willed children, unwilling to wait in the proving-ground of ministry for the sincere endorsement of those whom God has made overseers for their souls.

Your leaders understand you far more than you realize. Learn to submit, and let them serve with joy and not grief; it will profit you greatly. 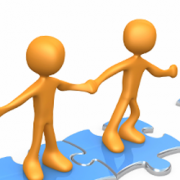 Initial Leadership For Your New Church – Part I 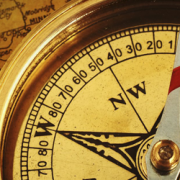 Dealing With The Numbers

Saturday Reflection – Dr. Tim Keller speaking at Google on “The...
Scroll to top