Blog - Latest News
You are here: Home1 / The Indestructibility of Christian Marriage 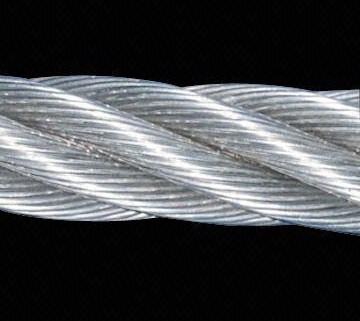 Quoting:  After months of revived debate over divorce and its increasing acceptance among Americans, a new study affirmed born-again Christians are just as likely as the average American couple to divorce.

The Barna Group found in its latest study that born-again Christians who are not evangelical were indistinguishable from the national average on the matter of divorce with 33 percent having married and divorced at least once. Among all born-again Christians, which includes evangelicals, the divorce figure is 32 percent, which is statistically identical to the 33 percent figure among non born-again adults, the research group noted.

The article at this website http://sapphiresky.org/2010/03/04/christian-divorce-rates/ takes issue with the popular interpretation of the Barna poll cited above and the author concludes that the divorce rate among born-again evangelical Christians is 26%, seven points beneath the national average of 33%.

I am inclined to follow the analysis of the 2nd website and place the divorce rate among born-again evangelical Christians at 26%.  Along with this author I, too, am dismayed that the level of divorce among self-proclaimed followers of Jesus is so high.  (Breathe easy, this is not a bash piece on those who have been divorced.  Like you, I’m a pastor and I’ve seen how life can go south and leave people broken/weeping.)

My response to the divorce rate hasn’t been one of condemnation, but one of frustration.  I have a hard time wrapping my mind around how Christ centered/Bible taught/Spirit filled Christians could abandon the covenant they so solemnly entered into before God and witnesses.

My frustration also had to do with the testimony of the church to the power of the risen Christ.  If the power of Jesus is not enough to keep two born-again evangelical Christians together, what else can the power of God not accomplish?  If the church is bearing witness to the reality of changed lives and all the world sees is us changing partners, if we bear witness to covenant marriage and all the world sees is the practice of serial monogamy, a very powerful dimension of Christian witness/ministry is compromised.

I was frustrated/flummoxed at the broken lives of believers and the broken witness of the church.

I was thinking about this one day and had a very liberating thought that has allowed me to frame the matter differently.  Here it is – just because two Christians are married doesn’t mean that they have a Christian marriage.  Read that again.  Or, put it this way – two Christians being married doesn’t guarantee a Biblical marriage.  The name of Christ doesn’t guarantee the character of Christ.

)  But can two Christians in business together offer a shoddy product with inflated prices and practice unjust employment policies (and not recycle)?  Have you ever been ripped off by someone who had a fish on their business card?

The name of Christ doesn’t guarantee the character of Christ.

In my wedding ceremonies I take note that God didn’t bring Eve to Adam so that she might serve him – cook his breakfast/iron his clothes/find the remote in the couch where he lost it.  God brought Eve to Adam so that he might serve her.  I tell the groom that he will not be fulfilled in his marriage as his wife serves him, he will only find fulfillment as he serves her and pours out of himself into her and makes her more important than himself.  And vice-versa.

During the ring ceremony I tell the husband that this ring made of most precious metal and most precious gem is a work of beauty and of great value.  He is taking this work of beauty/value and placing it on the weakest finger of his wife.  What he is pledging is essentially this: Where you are weak, I will be your strength; where I find ugliness in you, I will cover it with beauty; where I find sin in you, I will cover you with forgiveness.  I will be a refuge for you, a shelter – I will never expose you or leave you.  You are safe with me.  (And much the same for the bride).

This is Christian marriage – a mutual giving/surrender/covering.

This is the indestructible, unbreakable, unfailing love of God!

The challenge for the ministry is to example and teach the essence of Christian marriage.  Even among the wreckage of so many lives which are the result of so much marital failure, the banner and standard of Christian marriage can be raised without condemnation.  Your people are longing to see an example of mutual sacrifice and unbreakable love.  In August, Fran and I will be married 35 years.  I believe (and this isn’t sermonic hyperbole) that when marriage is done right, it is the closest thing to heaven on earth.   I also believe that when marriage is done wrong, it is the closest thing to hell on earth.  We’ve tasted both. 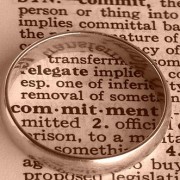 Focus on Your Marriage 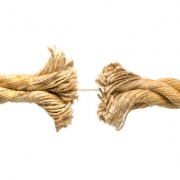 The Result of Church Discipline
Scroll to top