You are here: Home1 / Transition 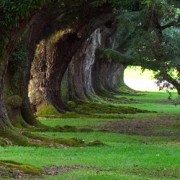 There arose another generation after them, which knew not the “Jesus People,” nor yet the works which they had done…

My three and a half year-old son, Ethan, is nearly four feet tall. Over the last month his voracious appetite has returned and he’s been in need of an afternoon nap again too. Last week he woke up complaining of pain in his legs; he refused to walk and wanted to be carried for much of the day. It’s not easy lugging a 50 pounder up and down stairs, nor explaining to him that he’s experiencing growing pains. Every Christian movement (denomination) has growing pains too. As a matter of fact, every organization experiences transitional tension.

I was completely unaware, when I stepped into the ministry 14 years ago, that the movement with which I’m associated was entering the throes of just such a time. In actuality, it’s unavoidable. Growth, in life, is inevitable; and if vitality is to be maintained, it must be welcomed. But in such times, when pains begin to emerge, the initial reaction of those at the top is the impulse to engage restricting mechanisms. They are tempted to employ means to moderate the discomfort of change, but if they are not careful they will effectively amputate the budding new growth of future life. Practically speaking, they will force the new life to find fertile ground for growth elsewhere. This happens both in the microcosm of a local church as well as on the larger scale of an entire denomination (In fact, this is how our movement got it’s start).

At this moment in church history, this is a fresh reality for the Calvary Chapel Movement. We are confronted with the difficult truth that the man whom God elected as the forebearer of this movement will, at some point, be called home to glory. It is absolutely certain that he has run the race well, and that there is now laid up for him a crown of righteousness as well as a “well done thou good and faithful servant” from the Lord. But it is also certain that those that have been called at this point to administrate this transition find themselves in a difficult position that requires delicate handling.

The temptation to “bronze the movement” and take this opportunity to identify, clarify and codify just what it means to “be Calvary” is very apparent. Steps have been taken in the last months to forestall such a move, but there are many questions that remain — and perhaps rightly so — unanswered. But in the midst of all this is the present reality that there is a significant demographic in the ranks of Calvary Chapel that do not share the common history of the Jesus Movement, nor the exciting things that defined it. They’ve grown up in an established church, with established structures (bible colleges, radio ministries, conference centers, youth camps, etc…). They, myself included, know nothing of a time before “The Word For Today,” “A New Beginning,” “Harvest Crusades,” “Murrieta Hot Springs” and “Chuck Tracks” vs. “Chuck Tapes.”

We want to see in our generation what we hear of only as anecdotal accounts of yesteryear from others. We desperately desire to run our leg of the relay, but feel hindered by those who began doing so at 18 and now in their 60’s look at us in our 30’s and question whether or not we’re ready to do so. The great oaks of our movement are in danger of stifling the life of those under them.

I’ll readily admit that we may seem a bit brash. Indeed, at times we may completely drive our older brothers crazy. We might come across irreverent or disrespectful. Please understand, we — perhaps I should say “I” — mean no disrespect and truly do esteem those that have pioneered the paths of pastoral ministry in our movement.

Yes, there may be some among our ranks that are “reformed friendly.” We may question the apparent fear of Calvin, but that does not in any way mean that hold a reformed soteriology. True, we may not speak as often of the rapture or hold prophecy conferences and end-times updates, but that does not represent a departure from a traditional Calvary Chapel eschatological position. Indeed, we “do ministry” differently than perhaps has been done over the last 30 years, but if it wasn’t emergent to be barefoot, in a tent, listening to Lonnie Frisbee, then neither are we.

I’ve been told I’m controversial. I recognize that I’ve ruffled a few feathers. My desire is not mere controversy; my intent is not to be critical; my only aim is to stir my brothers up to further love and good works. Should the Lord tarry, I pray that Calvary Chapel continues it’s run. But as an inside observer, I think we’re in need of a second wind.