You are here: Home1 / Marijuana 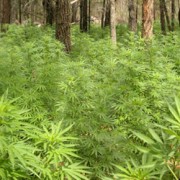 Sorry if this is off topic but with it being in the news so often its hard not to notice, with pat robertson endorsing decriminalization of cannabis what should our position as christians on medical cannabis and cannabis in general?

I didn’t take time last night to answer it as I hadn’t heard or read about Pat Robertson’s statements and I wanted to make sure that I understood his position. That said, I do have some thoughts on this issue and having had a chance to look at what Robertson actually said, I figured I’d post an answer here.

The discussion of marijuana legalization is an interesting one, and I’m fairly certain that within a generation it will be legalized in the US. Public opinion on the subject is shifting and the younger demographic (i.e. Millennials) is largely in favor of the move. So, whether or not Christians and the Church agree with the move, we will very likely see a legislative shift within 10-15 years, or sooner.

Add to the discussion Pat Robertson’s remarks from earlier this month. Although they flew under my radar (which isn’t terribly hard to do), Robertson’s views are not new. He’s been advocating this stance for a couple of years, and primarily for pragmatic reasons.

“I just think it’s shocking how many of these young people wind up in prison and they get turned into hardcore criminals because they had a possession of a very small amount of a controlled substance, the whole thing is crazy. We’ve said, ‘Well, we’re conservatives, we’re tough on crime.’ That’s baloney.”

On this point, I basically agree.

Robertson also said, “I really believe we should treat marijuana the way we treat beverage alcohol. I’ve never used marijuana and I don’t intend to, but it’s just one of those things that I think: this war on drugs just hasn’t succeeded.” Again, I don’t necessarily disagree on this point either. My primary concern is that many of the politicians I’ve read or heard on this subject have come at it from a totally different angle that concerns me. The reasoning goes something like this, “The war on drugs is costing us billions and is not working, we could legalize and regulate the marijuana industry in such a way that it generates great revenue for the government.” If we’re going to legalize and regulate marijuana solely to make money for the government, then why not prostitution or other controlled substances? Do we really cast aside morals for profit? What precedent does this set and what are the other unintended consequences of doing so with marijuana?

I am not against the lawful use of alcohol as the Bible allows for it’s use; as long as such use is not in excess, which the bible defines as drunkenness (Ephesians 5:18). There is however a lot of unlawful and excessive use in America, which has grave and costly consequences; such as the human cost… This year upwards of 10,839 people will die in drunk-driving crashes – one every 50 minutes. There will be huge economic and human costs associated with marijuana legalization too; many of which will not be realized until after it’s legalization. The questions abound; how do employers deal with marijuana smoking employees? How does the military? Is there a “legal limit” that can be smoked, or how does law enforcement enforce such a DUI charge for Marijuana? etc…

I could certainly go on, but ultimately this begs the question, how should the church respond when such a shift takes place? When it is no longer against the law and is as prevalent as cigarettes and alcohol, what does the church say when Joe Parishioner smokes a bowl in the church parking-lot before each service? I think the answer lies [again] in Ephesians 5:18. Although alcohol is the direct focal point of the verse, [I believe] the principle still stands for any controlled substance. When you come under the influence of said substance and are essential “drunken” you have partaken unto excess. I’ve never smoked marijuana, and do not intend to, but by observation and interaction with people who have, I’m just not sure that you can take a hit of marijuana and not be “under the influence.” Therefore, I believe that it will still be an issue of sinful excess to partake.

The immediate rebuttal or followup question will be, “Is it then sinful to use a controlled substance for medicinal use if it brings you under it’s influence?” I think that this too has a Biblical answer.

Give strong drink unto him that is ready to perish, and wine unto those that be of heavy hearts. Let him drink, and forget his poverty, and remember his misery no more.