You are here: Home1 / David Guzik 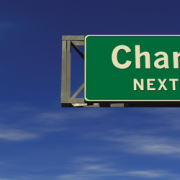 Way back in 1982, Lance Ralston and I brought together two home Bible studies and started Calvary Chapel of Oxnard. We were both young and inexperienced, but God blessed our development as pastors and our work. I’m filled with fond memories when I think of those early years of ministry.

Lance Ralston is still there, faithfully serving Calvary Chapel of Oxnard almost 30 years later. The church has grown, matured, and prospered in that time. It’s a wonderful example of faithful ministry and God’s blessing on a man and his work.

Over those years I hope I have learned a little bit about when it is time to leave a particular ministry assignment and go forth to something else. Following are a few random principles that come to mind.

A general sense of dissatisfaction may prompt you. Sometimes people stay in a place too long, because they don’t listen to the ways God may nudge them with a gentle sense of dissatisfaction. They stubbornly stay, until that sense of dissatisfaction bleeds out and becomes specific. They become unhappy with so many things, and they end up leaving frustrated, complaining, and sometimes embittered. Thankfully, that hasn’t been my experience. I’ve learned that God can simply give you a sense that what you have done at a particular place is finished for you, and it is time to move on to what’s next.

Don’t even think about such a big change unless your spouse is really in agreement. For each of our big changes, Inga-Lill and I have been in wonderful agreement. It hasn’t been a matter of one of us dragging the other along. We’ve walked together in each transition. If you and your spouse aren’t in agreement, then get praying – both individually and as a couple. God will guide you and bring you into unity into the mind of Christ (not necessarily your mind) as you seek Him. Don’t go forward until He does.

You may know what you are moving on to, you may not. I think of my three departures (from Oxnard, from Simi Valley, and from Germany). In one I knew what I was moving on to when I decided it was time to leave, and in two I did not. For me, that isn’t really the deciding factor. If God shows me my time is drawing to a close at a place, then it doesn’t really matter if I know right away what He is opening up next. He will show me in His timing.

You aren’t a failure for leaving. While each one of my departures has been difficult – mostly because of the wonderful personal relationships built up in each place – I never felt like I was a failure because I left. I simply knew that if God wanted me to stay at a place longer, I would; and I tried to leave any perceptions of failure or success up to Him. We say that faithfulness is more important success, but we often don’t believe it. Here’s a challenging question: Can you be satisfied and happy if other people think you are a failure, but you know you have been faithful? That shows how much relative value you put on success and faithfulness.

Don’t believe the lie of sanctification by relocation. Sometimes we think everything that frustrates us in our present place will be fixed just by going to another place. That is a foolish lie. If you aren’t being transformed by the renewing of your mind right where you are at, a change won’t make a difference. Wherever you go, you take you with you.

Do everything you can to leave in the right way. If you love the people you have served, you owe them the very best until the end. Be honest. Be honorable. Love to the very end. That doesn’t necessarily mean you won’t disappoint some of them at some points (some of them may insist you don’t leave at all). But do all you can so your own conscience is clear, knowing you have done what you can and should to leave in the right way. Ask God to show you those who need some specific love and attention in closing your work in a particular place.

Our world is changing. It used to be much more common for a man or a woman to leave their education, get a job, and stay with that company for 30 or 40 years, get their gold watch and retire. Today, it is far more common for people to make two or three or more significant transitions in their life. It’s certainly been true for me.

Thinking of what God has done in and through Lance Ralston, sometimes I get a little jealous. If God wanted it, I could have been the one serving that one congregation for 30 plus years. I could have been dedicating the children of those I dedicated decades before. I could have known the depth of remaining in the same place for that long. Yet, that simply wasn’t what God had for me – but it certainly was what God had for Lance. I really do think that God helping us, we have each been faithful to our callings; to the individual race God has for us to run. God will help you also to run your race, even if it means some transitions along the way.

Pastor and Bible teacher David Guzik has served in pastoral ministry since 1982 in many different roles. He presently pastors Calvary Chapel Santa Barbara, but previously served as the director of a small international Bible College in Germany. He founded and pastored Calvary Chapel Simi Valley for fourteen years and co-pastored Calvary Chapel Oxnard before that. He is married to Inga-Lill, and has three adult children. David holds a Bachelor of Arts degree in history from the University of California, Santa Barbara. He has written several books and commentaries that are available at Enduring Word.