You are here: Home1 / Abortion 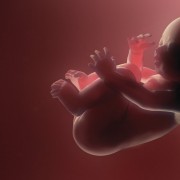 My thoughts are focused on the Sanctity of Human Life as it approaches this January 22–which also marks the 39th anniversary of Roe V. Wade. Think about this. It is estimated that 92,000 people died as a result of the earthquake in Haiti a couple years ago. This is the number of children that have been aborted every 22 days since this ruling in 1973. Let that sink in. 1.5 million babies have been aborted each year, on average, since 1973.  These numbers are greater than our ability to comprehend.

A few years ago I was pursuing a doctoral degree, but withdrew from the program during my dissertation phase (my guilt speaking, but I will save that for another day).  During the summer of 2007 I attended a seminar that rocked my world. The topic was abortion. During the seminar, we met one of the director of the Center for Bio-Ethical Reform an organization that is fighting to protect babies that are facing abortion. During this seminar, he showed a very powerful video on abortion. I opted out for a number of reasons–primarily I didn’t want to face the reality of what it was. A few months after the fact, I decided I should watch it to see what it actually was.  As I watched the video the veil was lifted concerning abortion.  I could no longer live in denial about what it was–anything but a choice.  I encourage you, especially if you are pro-choice, to watch it by following this hyperlink:  This IS Abortion

The majority of Americans seem quite content living under an allusion that abortion is all about “women’s rights” and claim many reasons to justify it. You may be included, I know I was. If this is you, I implore you to watch the posted video so that you gain understanding concerning the truth of abortion.

God used this seminar to shake me to my core. It culminated January 2008, as I found myself pastor of Valley Baptist Church and preaching every Sunday. The Sanctity of Human Life Sunday was fast approaching and I had to decide would I comment on the issue.

Many factors seemed to be at play. First, I stumbled across a chapter in John Piper’s book, “Brothers, We Are Not Professionals” that challenged pastors on this topic–me in particular. I felt like such a coward. Then, I realized that I was finishing First Timothy the Sunday before Sanctity of Human Life Sunday…what would I do? I had no excuses. Ultimately, I decided that I needed to take a stand. I would preach on the topic from a biblical vantage point. This was the hardest sermon I have ever preached. I came with great personal pain, anger, and sorrow. I have preached on this subject ever since without regrets.

In my heart I don’t think that someone can remain “pro-choice” after viewing this posted video, yet I know that I am wrong because many people are involved in this “medical procedure” day in and day out and are not moved by their actions. Our conscience is truly seared concerning this subject.

There are a few things that I want to say specifically on this matter:

1. If you have been involved in abortion (both female and male), Jesus has paid the penalty for you sin. Forgiveness is available to you if you ask Him. Forgiveness and consequence are two separate matters. Once forgiven, I believe it can take many years to sort through the guilt, shame, and scars.

2. I believe aborted children are resting in the arms of God. They are safe with Him.

3. Concerning abortion to day. This is murder. We must act to defend the lives of the innocent. I am not suggesting that we murder abortionist, but we must rise up and help the helpless through political means, supporting your local pro-life pregnancy clinic, reaching out to abort-intent women, along with caring for young single moms who decided to keep their kids.

To you apathetic Christian, I implore you to watch the video and ask yourself, “What does God think about this?” Do you say, “Personally, I would never do it. But, I could never tell someone else what to do.” Really? Watch the video, then tell me that! Then I would encourage you to read Proverbs 24:11-12 and ask yourself, “How does this passage relate toward abortion?”

To you apathetic pastor, you must realize that in your seats sit those young, older, single, with kids and without kids who are contemplating abortion.  I sit on the board of Alternatives Women’s Center in Escondido, CA.  I am shocked to see the social-economic range of ladies who come in considering an abortion.  Yes, pastor, your people included.  Also, realize that statistically 1 out of 3 women in your church have had an abortion and are suffering in silence.  I am shocked at the number of pastors who are cowards, I use this word coward very intentionally, when it comes to the speaking of abortion.  You have an obligation to speak on this matter for three reasons: 1) to education your people on the biblical reasons against abortion,  2) to offer hope and healing to both men and women who are suffering in silence with the scars of abortion, and 3) help your people get involved in this battle to protect the lives of the unborn.

Please people, watch this video. Let it hurt. Let the tears flow. Let it move you into action.  Be ignorant no more!