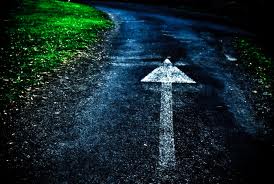 New years are a gift from God. They allow us to separate one section of life from another.

In that separation, we evaluate what has been, and we anticipate what may be. We also put behind us that which we cannot change, while remembering acts of God’s faithfulness that made the year what it was. There is significant spiritual and emotional benefit that comes from such reflection. As we have walked with the Lord in faith, we will have grown in appreciation of the ways of God, and in love with His unchanging character.

New years also give us a very welcome and predictable new start. I’m not one for making New Year’s resolutions, but I always am glad for the hope and anticipation that each new year brings. Personal change can and will occur. Opportunities to significantly serve the Lord do and will arise. Our ultimate salvation will be nearer for us than when we first believed.

New years also remind me that life, in essence, is daily. I often think of the Lord Jesus, sent by His Father on a mission which lasted 33 years. The overall plan was clear to Him … the Father had prepared a body for Him, a body of complete sacrifice. He would live sinlessly, be the Anointed One, would suffer and die; and then rise out of death into life. He would ascend back to His Father in heaven. All that was clear. The day to day plan was communicated to Him in times of communion with the Father, according to Isaiah 50:4. For Jesus, life was daily. Life is also daily for us … Matthew 6:34.

I have no New Year’s resolution, but there are two things I would love to see happen in my life in 2013. I want to pray more than in 2012.

Blessed New Year to each of you. May God bless us all, every one.

Battle-exposed servicemen receive it, why not missionaries?

A Lifeless Copy
Scroll to top