Blog - Latest News
You are here: Home1 / Hope for the Guilty 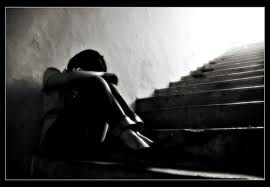 “A bruised reed He will not break, and a smoldering wick He will not quench, until He brings forth justice to victory.” Matthew 12:20 ESV

Something that I’ve been deeply struck with afresh lately is compassion for the broken. Lately I’ve had the privilege of walking with some people who’ve seen the dark side of sin from the side of the victim. Sexual abuse, rape, verbal abuse, and the like are, unfortunately, far too common occurrences in the lives of people I know and serve.

Interestingly, the state of Utah is always in the top two or three percent in the nation of states with the most amount of cases of clinical depression and suicide. The county in which I live is the county with the highest depression and suicide rates in our state. People around here know they are guilty. And I believe one reason this is true is because we live under the overarching shadow of a religious system that is heavily performance oriented- the LDS church.

Like all religion outside biblical christianity, Mormonism is all about doing all you can, as much as you can, so that perhaps God might save you by his grace at the end of your life, after all that you can contribute to your self-salvation project. And in our culture many people live under this system knowing they just don’t quite measure up to the expectations laid on their shoulders by “the church” the community, or by the status quo. As a result they feel guilty and self-medicate prescription drug abuse, or they end the pain by committing suicide.

The guilt-conscious culture I live in has really caused me to think hard about how we communicate the gospel in such a context. What I’ve come to believe at this point is that I don’t have to spend much time convincing people they’re sinners who don’t measure up because they know. Instead, while I use the law enough in preaching and talking with people to make sure they’re aware of their guilt, I usually spend most of my time in sermons and conversations emphasizing the hope of Christ for broken, hurting, guilty people. And that message of hope tends to be the drink of water to the soul that depressed, guilty, and broken people need to hear. In a way I think people in my context need more of the Jesus of the gospels who heals, teaches, and touches rather than the Jesus of Revelation who opens a can on His enemies, though both are appropriate and glorious images of Christ.

If you live in a culture that has no conscience such as a liberal culture, you may need to bring the law a bunch so as to help people see their sin. But if you live in a culture crippled by guilt and already aware of their sin, I’d encourage you to emphasize the hope of Jesus in light of the guilt they already feel. But what do you think?

You See Your Calling, Brethren

Where The Rubber Meets The Road
Scroll to top