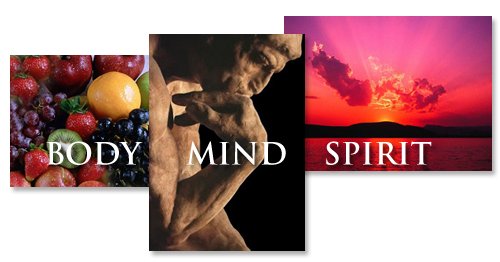 Extremes describe my life.  I have often said, “I wasn’t given the gift of moderation..and anything worth doing is worth over doing!”  Over the last 10 years I transitioned from the life of a Navy SEAL to the life of a pastor.  There have been many positives with this transition, but one negative snuck up on me–the decline of my physical fitness.  When it comes to fitness, I can hardly think of two extremes more polarizing that the fitness level of your average Navy SEAL to the of your average Southern Baptist pastor!  Unfortunately, about 6 months ago, I was feeling like I felt into the later category and I was miserable.

There are many who seem to quote 1 Timothy 4:8, “…for bodily discipline is only of little profit…” as a justification for poor physical fitness.  I think the average application of this passage is a little off.  First, the context of this passage was written during a time when life required to work physically hard in contrast the the sedentary life of many today.  Second, this passage does say bodily discipline has profit!

The area of physical fitness, or general health, may be one of the first things to go for the average church-planter or pastor.  Many have suffered medically for slacking in this area.  Mark Driscoll, Rick Warren, and many others suffered a major health crisis early in their journeys of pastoring that required them to make a radical change in order for them to run the race for the long term.  Their hard lessons resonated with me.  I felt like I was heading down that path and it would only be a matter of time before I suffered the same problems.  I was feeling some of the side effects of the pastor’s life–free floating anxiety, difficulty focusing, discouragement, and difficulty sleeping well.

My health surfaced through an unusual circumstance.  As a chaplain I serve with a SWAT team and one particular morning in July I found myself playing a bad guy.  The SEAL in me came out, but my body failed me.  I ended up with some bruised ribs.  It was extremely painful.  I hurt bad–Vicodin bad.  A few nights later my cell phone batter died and the phone beeped.  It was about 3am and I jumped up…thinking there was a SWAT call out.  I moaned in agony jumping up only to sigh with disappointment to discover that it was only a dead battery.  My wife did not find this amusing.  She said something like, “Really?  You want to respond to a SWAT call out right now?”  The answer seems obvious to me.  She however thought it was time for me to start hitting the gym as she gracefully reminded me that I was no longer a 25 year-old SEAL, but was a much older pastor.  Her point was well made…I knew I needed to get more faithful at the gym.

Long story short, I was blessed with a membership to a CrossFit gym in my community a few months after this incident.  I have been disciplined in working out since then 3-5 times per week.  I have been sore for much of the last six months, but I feel so much better as a whole.  By getting back into a regular exercise routine my stress levels are down, my ability to focus is much better, and I am just in an all around better mood!  It is funny how so often the thing we need to do is actually the thing we put off.  I am so thankful for this opportunity that was given to me and I see now how bad my health had become-right under my nose.

This is a simple thought, but giving time to physical exercise daily is critical for for pastors over the long haul of their life.  Our calling places unique demands on us.  These demands often require  much of our time…legitimately so.  Our personal health is an area that requires our attention if we desire to go the distance in our calling.  I encourage my brothers to cut out time for their physical fitness.  You’ll be glad you did. What things have helped, or hurt, you in your attempts to stay healthy?

Music During Prayer
Scroll to top