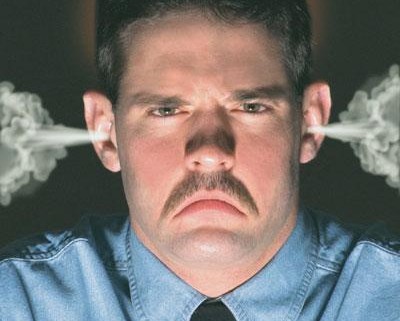 This is a rant.  This is my rant.  A rant is a verbal (or written) tantrum.  A rant is not to be reasoned with because the one ranting is not in a frame of mind to be reasoned with.  A rant can be filled with logical mistakes, historical fallacies, and spiritual foolishness and yet serve as a cathartic and can be persuasive in its own right, though filled with flaws because there is the seed of truth in it.  A rant is to be accepted or rejected, but not critically analyzed and debated.  The purpose of a rant isn’t to communicate information, but to express moral outrage.  In parsing a rant and analyzing its logic, its very essence is swept aside.  This is a rant.  This is my rant.

Listening to the radio the other day I heard of the imminent threat that radical Islam poses to America and to our sacred traditions.  The radio host was telling of how these terrorists are intent upon imposing their way of life upon us.  Our life and our way of life matters little to them – they are bent on empire.  They believe it is their destiny to swallow us alive.  They are waiting in the wings with violence in their hearts and murder on their breath to obliterate our great civilization.

As I listened, I began to think about America’s behavior in the past.  Somehow,

I was able to lay hold of an old radio broadcast by Tecumesh, chief of the Shawnee Indians.  He had a daily program that aired to the Indian nations in and around 1800.  There was great concern among the various tribes about the imminent threat that the white man presented to the indigenous peoples of this land.  He spoke of the godless Americans and immigrants from Europe who are pushing westward. Let’s listen in –  “Brothers, these men achieve their ends by violence and deceit.  They believe that what has been ours for centuries is theirs for the taking.  And take it they will.  They kill and burn and steal with no moral hindrance.  Their theologians and thinkers have what they believe is a manifest destiny and that it is their God’s will that this land be inhabited by them.  They will kill us in order to lay hold of what is ours.  Brothers, the Great Spirit does not guide them and they are strangers to the way of the Great Spirit.  What God they follow, I know not, but it is not a God of justice and mercy.”  The recording became indecipherable after this.

Back to 2012 – I listened to the radio broadcast of this evangelical decrying the godless, butchering Muslims wanting to invade our land and I got mad – not at radical Islam (and there is enough to be mad and alarmed at here); I didn’t get mad at the radio personality and his myopic vision; I was mad at our American ancestors.  This country was obtained by the shedding of innocent blood.  And the blood cries out.  Much wealth was gained by the oppression of an entire people (my rant has now switched  to how our ancestors enslaved millions of black people).  And the blood cries out.  We are still paying the price for this.

Obviously, we should resist any attempt by any people (radical Islam or otherwise) to invade/infiltrate/defeat our nation.  But let’s not be surprised that it’s happening.

We are being treated the way we treated others.

What goes around, comes around – on a cosmic/historic scale.  There was a famine in David’s day and the Lord told him that it was because of the way that Saul (a previous administration) had treated the Gibeonites.  And the blood cried out.  Their innocent blood was required by the hand of the nation.

Do not be deceived, God is not mocked; for whatever a man sows, this he will also reap.  Galatians 6:7

Therefore We Are Confident
Scroll to top