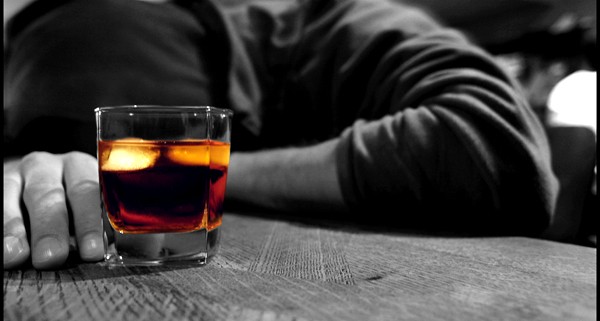 I am seeing a growing problem in the church that is ready to trap a generation. Alcoholism is on the rise in the church and it is not with the down an out or with the older generation but instead with the young and successful generation known as the Millennials. Now I haven’t done any formal survey but I do have seventeen years experience working with Millennials and after talking to numerous parents and other people I am seeing the problem of drinking rising at an alarming rate amongst this age group. If you don’t think it is a problem read this article by John MacArthur here.

When I say this age group I mean the group of people called the millennials who are just now going into their thirties. There has been much written about this group and I don’t want to elaborate on it. I do want to point out though that this is group of people who really haven’t been denied anything in their lives, which I think is the source of the problem. Think about this for a moment. The group of people that encompass the age group of 34-18 year olds have grown up in a world of instant access. As children they perfected the play date with perfectly arranged times of playing with children who would be a good influence on them. As teenagers they moved in tribes because the nucleus of friends was the most important factor of all. Group thinking and their opinion was elevated above truth or what was best for them. As they entered the workforce this generation demanded a place at the table and wanted their voice to be heard without having to put in the hours of earning the respect of their co-workers. Because of this I think we have a generation that is extremely bored with themselves and thus are finding relief in their drinking because it is the one vice with a Christian loophole, you can drink, just don’t get drunk.

Remember that I said I see the problem not in the down and out but in the young and successful. The area where I see the most problem is with people who are in their late twenties to early thirties, have graduated from college, are married with children, usually own their first home, and have a successful career. They have everything their parents told them they could have. These are people who have grown up in Christian homes and where the church has been and may still be a big part of their lives. So why is drinking on the rise in this group?

I think there are several factors:

Here is the thing, it is progressively getting worse. Ten years ago I saw this group (which most had just gotten out of my youth group) start with the beer. To tell you the truth I got tired of seeing former youth in pictures on the internet (pre-Facebook) holding the infamous red dixie cup. Many of these people were in Christian colleges, who had very clear code of ethics statements forbidding drinking, but in their liberty were living the life. Over the last ten years I have seen the drinking progress from beer to wine to hard liquor. I now see people in their early thirties drinking mixed drinks that only hardcore alcoholics drank and were usually much older.

The scary thing is that this generation gets bored at a very quick pace. They lose interest in things at an alarming rate. My fear is that we are going to see many proverbial train wrecks in the near future. I have a friend who is an emergency room doctor who says that he see people on a frequent basis in their early thirties who are raging alcoholics and are on the verge of losing everything. We need to stop with all of the theological mumbo jumbo about our freedom to indulge in things that we know lead to destruction and start to obey the Lord. It’s not about what we can do but instead about what scripture commands us to do. In a generation that has been given everything and ended up bored it is time to take all of that Biblical teaching they have been given and start to live for Christ. Your life, your marriage, and now your young family hangs in the balance.

Pulling the carpet out from under American culture
Scroll to top