Blog - Latest News
You are here: Home1 / The Preacher and Plagiarism 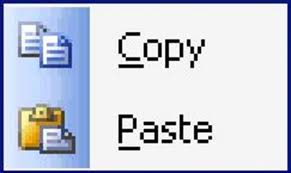 I recently received a call from someone in another state telling me that their pastor was glued to his sermon notes and read his sermon word for word.  To make a short story even shorter, they learned that the sermons being read were authored by Warren Wiersbe.  The troubling thing beyond the uninspirational delivery style was the lack of attribution – passing off the thing as if it were his own.  The troubling thing was this pastor’s plagiarism.

There seems to be a wide temperature variation in the ministry when it comes to the issue of plagiarism. Reactions run from hot to cold – from ‘fire the guy’ to ‘so what?’

Craig Groeschel writes this: On LifeChurch.tv Open, we don’t require attribution for resources that people download and use. We don’t need credit nor desire it. We simply want to make anything we create freely available for other pastors and churches to use in ministry.  Sadly, we know of a couple of pastors who have been fired, in part, for “plagiarizing” our work and others whose integrity has been questioned.

Don Carson writes: Taking over another sermon and preaching it as if it were yours is always and unequivocally wrong, and if you do it you should resign or be fired immediately. The wickedness is along at least three axes: (1) You are stealing. (2) You are deceiving the people to whom you are preaching. (3) Perhaps worst, you are not devoting yourself to the study of the Bible to the end that God’s truth captures you, molds you, makes you a man of God and equips you to speak for him.

Tim Keller adds: Plagiarism is a problem for these reasons: Preachers today feel under much more pressure to be spectacular than they used to feel. Christians are much less likely to be loyal to a church of a particular place or a particular theological tradition. What they want is to have a great experience on Sunday, and that means they will travel to get to the most gifted preachers. When you put this pressure together with (a) a busy week in which you haven’t felt able to prepare well, and (b) the accessibility of so much sermon material through the internet—the temptation to simply re-preach someone else’s sermon is very strong.

Nevertheless, we must be careful not to over-react. I don’t think anyone expects oral communication to have the same amount of detailed attribution as we expect in written communication. To cite where you got every allusion or basic idea or general illustration in a sermon would be tedious. A certain amount of leeway must be granted… I think the problem comes in when a minister clearly has not done his own work on the sermon, and lifts almost entire sermons whole cloth from someone else. If he takes some preaching theme word for word from someone else, or if all the headings almost in the same words are taken from someone else’s sermon, or if he reproduces an illustration almost phrase by phrase—then he should give attribution.

Glen Lucke: Does reciting a minority portion of another’s sermon without attribution constitute plagiarism? Without permission, yes (stealing). With permission? No. What about a sermon that is paraphrased and personalized by another? Not as clear. What about the creative framing of a topic or a story or an outline? Do these require attribution? Grey areas, but these don’t require attribution.  Does reciting another’s sermon nearly verbatim without attribution constitute plagiarism? Yes, because even with permission such a practice activates plagiarism’s second concern, cheating. Ask yourself, “Why would a follower of the Truth take credit for the work of another?”

Rick Warren: When I was planting Saddleback Church, other pastors’ sermons fed my soul – and eased my preparation! I hope the sermons here will do the same for you. Whether you use the outlines and transcripts for sermon ideas or listen to the preaching to fine-tune your delivery, I’ll be thrilled if your ministry becomes more effective. And if you have a sermon idea that might be helpful to me, feel free to share it! As pastors, we’re all on the same team. Let’s help each other out – and when we get to Heaven, we can rejoice together over the people who were saved as a result!

Adrian Rogers: “If my bullet fits your gun, go ahead and shoot it.”

So, the range of response seems to go from, “If he uses my stuff, fire him!” to “If it fires him up, he can use my stuff.  He don’t need to say that it were me that said it in the first place.”

Many of the men quoted above also made note that if you are in the Word and studying it and soaking in it and meditating on it, you won’t need to use anybody else’s stuff.  I say, “Yes” and “No” to that one.  For me, the pulpit is a matter of study and pray, beg, borrow, and steal.  If the people are only exposed to the fruit of my thoughts, they will be like the seven lean cows of Pharaoh’s dream.

What are your principles of sermon borrowing and attribution?