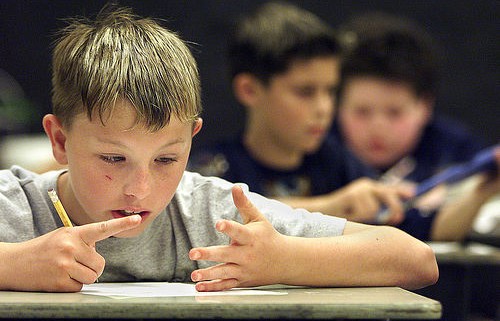 Planting a church is hard enough. But planting a church when you are young (I mean less than 35 years of age) can make it even harder. There are less life experiences to draw from, people’s perceptions, as well as, to be honest, the fact that younger people have a tendency to be more ‘green’. I say this because I was (am) one of those young planters. I was taken on staff at a church at 24 and I stepped out to plant a church at close to 26. Planted the second church at 30 and then the third one at 35. My hope is that this article will be an encouragement to those of you who are younger.

1. Let no one despise your youth
Therefore, you shouldn’t either

Paul wrote 2 letters to Timothy that we have in our Bibles. Timothy was a young pastor and Paul exhorted him to “Let no one despise your youth, but be an example to the believers in word, in conduct, in love, in spirit, in faith, in purity.”(1 Timothy 4:12). Paul told Timothy that it was not about your age but it was about your walk. Young church planters will often hear a lot of misgivings by older people about their age. I sure did. But we need to take the Word of God to heart. We should be an example of godliness. Let no one despise your youth. Oftentimes a younger pastor will despise his own youth. Listen, if the Lord has called you into the ministry, than you should trust Him. We have tremendous examples of young men who were mightily used by God: David with Goliath, Stephen in the Book of Acts, and our Lord Jesus. Oftentimes, the Sovereign God can use the zeal of youth powerfully.

2. Shut up and Listen.
God may have blessed you with teachers

One of the biggest mistakes that young pastors make is talking too much. Let me give you an example, you teach a sermon on Creation. Then someone who is a college level physicist comes up to you and begins to call you to account on your bad science. Most young pastors will start to argue and walk away and think, ‘This guy doesn’t trust the Lord’. I have found that God will put people into our fellowships that know a lot more than us about many things. We are called to teach the Word and love the people. But that doesn’t mean that we have cornered the market on all forms of knowledge. When someone in your fellowship is taking the time to correct you about something that they know more about, shut up and listen. Ask questions. Learn from the people that God is asking to learn from you. In my life as a pastorate, I have been blessed to have men and women in the fellowships that are significantly smarter than me in many areas. I have learned, grown, and been shaped by the wisdom that God has given to these precious people. Don’t forget to shut up and listen!

This point is very similar to point 2 in many respects. When I say honor your elders, I mean it in two distinct ways. 1) If the Lord has given you elders in leadership in the fellowship, honor them. This is both Biblical and rational. Elders will often keep you balanced and sharp. They will be the first to stop you from making a major mistake. They should have opportunity to speak into your life. 2) People who are older (and in different life places) than you should be honored. Before I was married, I honored the married people in the fellowship by learning about the experience of marriage from them. For the parents, I would ask them about the application of the Bible to their parenting. I honored them by seeking to understand how the Lord is leading them in their respective office. I have been blessed in both church plants that I have been involved with to have godly elderly people involved. They are invaluable resources of wisdom. Honor them.

4. Let all Criticism be Constructive
Even when it wasn’t meant to be

As a pastor, you’ll hear tons of criticisms about everything. The fishbowl of public ministry can be grueling to even the thickest-skinned pastor. I have learned that every criticism that I have ever received has some merit. I remember one time; an angry woman told me that I had no love because I refused her request. She said it in anger and I could have easily dismissed her. But in reality, I don’t love nearly as fully or perfectly as Jesus does. So her criticism drove me to seek the Lord for more of His love. Rather than dismissing criticism out of hand, why not take a moment to bring it before the Lord to see what He might say. I have often found that the best thing I can do when someone levies a criticism is to ask him or her to pray for me right then and there. The Lord almost always ministers to my heart at that time.

5. If you Defend Yourself, God will let you
So don’t be defensive and let Him be your defense