Blog - Latest News
You are here: Home1 / Reaching The One 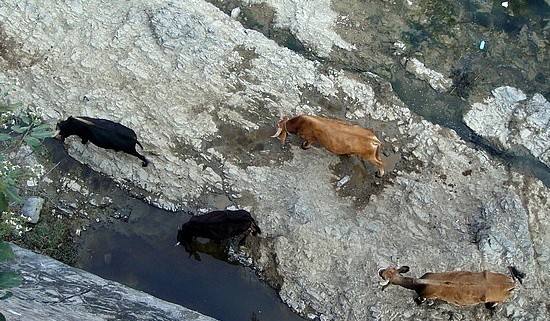 (Editor’s note- This story is from 2008, but stands strongly in my mind and heart. Blessings.)

Matthew 18:12-14 “What do you think? If a man has a hundred sheep, and one of them goes astray, does he not leave the ninety-nine and go to the mountains to seek the one that is straying? And if he should find it, assuredly, I say to you, he rejoices more over that sheep than over the ninety-nine that did not go astray. Even so it is not the will of your Father who is in heaven that one of these little ones should perish.

The Bible says that “there is no temptation except that which is common to man”.  (1 Corinthians 10:13) My interpretation of that is this: we all struggle with the same basic issues.  The details may be different, but the root issues are the same.

One of the things that we struggle with is self worth. Is my life making a difference?

Let me share with you how the Lord ministered to me through this verse during my time in Baja Sur, Mexico.  A little background information is needed.

I taught the third week of AViD, a one month discipleship program in 2008, in South Baja, Mexico.   One outreach trip was into the Sierras de San Francisco, a remote mountainous region that I love.  The region is home to numerous communities (ranchos) of goatherds.  They have lived there for many generations, and in the last 4 years of visiting them, I have come to know some of them by name, and have developed relationships with them.

One man is named Francisco, but his nickname is Manana, as in the Spanish word for “tomorrow”.  That is usually equated with laziness, but this man is not lazy.  I noticed on this trip that Manana didn’t look healthy.  I also discovered that his wife was with child.  They already have two beautiful young girls.

Since Manana and I have a bit of a relationship, I asked him candidly how he and his family were doing.  There hasn’t been much rain in the mountains over the last few years, and their goat herds have been thinning out and dying.   He answered slowly, and informed me that they hadn’t had much food for a long time.  The drought had made life tough, but this was their home, and they were going to stick it out and do the best they could.

I decided to return the next day with some food.  There was another family that was in need also, and this second family was a Christian family.  A young man named Jason from CC Pomona Valley went with me the next day, and back up the mountain we went with a hundred pounds of beans and rice, and numerous other items.  We delivered the food, sat and chatted, had the obligatory cup of delicious coffee, some watermelon (sandia) and then headed back down the mountain to Vizcaino.

As Jason and I bounced our way back down the mountain, an introspective spiritual battle began.  Here I was, away from my church, 1000+ miles from home, away from my kids, ministering to 2 families, and how much of a difference was I making for the Kingdom of God?  I began to measure the worthiness of my efforts.  Wait, it gets worse.

Fiery darts started flying into my head.  (Read on using your best Darth Vader voice.)  “God has given you this ministry because you can’t handle anything more than this.  You’re just a food courier to a few people.  God gives the important successful people ministries which reach thousands.  You have a ministry that reaches hundreds at best, maybe dozens.  You are a small man with small faith and few gifts.”

Well of course, in all my wisdom, I fought back using my own fiery darts.  I began to try to validate my presence and calling by human reasoning.   Sorry, but here goes. It sounded something like this:  “I am here because I care, and I can hack the heat and the bumps, and other people want easy ministry assignments, and they would never make it here, and they want the spotlight, and I am humble, and, and, and…” (ad nauseum).

I was wrong to entertain those thoughts, and the battle was quickly over, but it was real, and we all ask that question at times.  “Is my life making a difference?”

Side note- I was loving what I was doing until I started “thinking” about it.  That’s when the internal battle started.  When I just did what I was supposed to be doing, I was as happy as an almeja.

The bottom line is this: We shouldn’t evaluate our callings and ministries by comparing ourselves to anyone, whether they are higher or lower in our minds.  There is no Biblical basis for that, and a lot of scripture speaks against that kind of mentality.

The mental/spiritual battle didn’t last long.  We enjoyed the rest of the trip home, except for the two flat tires.  Ahhh…Baja.

The next day at our AViD class, we read the scripture that I posted above.  The part that really impacted me was this:  “…does he not leave the ninety-nine and go to the mountains to seek the one that is straying?”

The bottom line for my calling in foreign missions is this: Jesus has called me and given me a burden for what I am doing.  He allows me to do it, has equipped me to do it, and it is something that His heart cares about.  I love what I have been called to regarding foreign missions.  It’s not that I don’t love pastoring, I do.  But my call to Mexico is exciting because it is also a part His call for me.  “Reaching the many” and “reaching the one” are both important to Jesus.

So why write all this? Good question.  I write that we may all be encouraged to know that God calls us as He sees fit.  He is interested in the “little ones” that go astray.  (also translated: “insignificant ones”)

I love a new Spanish word I learned on this trip.  The word is carga, which means burden, as in a burden in your heart for someone or something.  It reminds me of the word cargo.

If God has given you a burden for reaching the one, the five, the ten….then praise Him for it and go for it.  Don’t second guess yourself, don’t measure yourself against those called to reach the many, and don’t disqualify yourself by letting the fiery darts get to you.

Embrace the burden that God has given you. Embrace it as being uniquely yours.  He “causes us both to will and to do of His good pleasure.” (Philippians 2:13)